After being traded and with Minor League Baseball set to return, Nick Sogard ’16 is excited for what’s to come 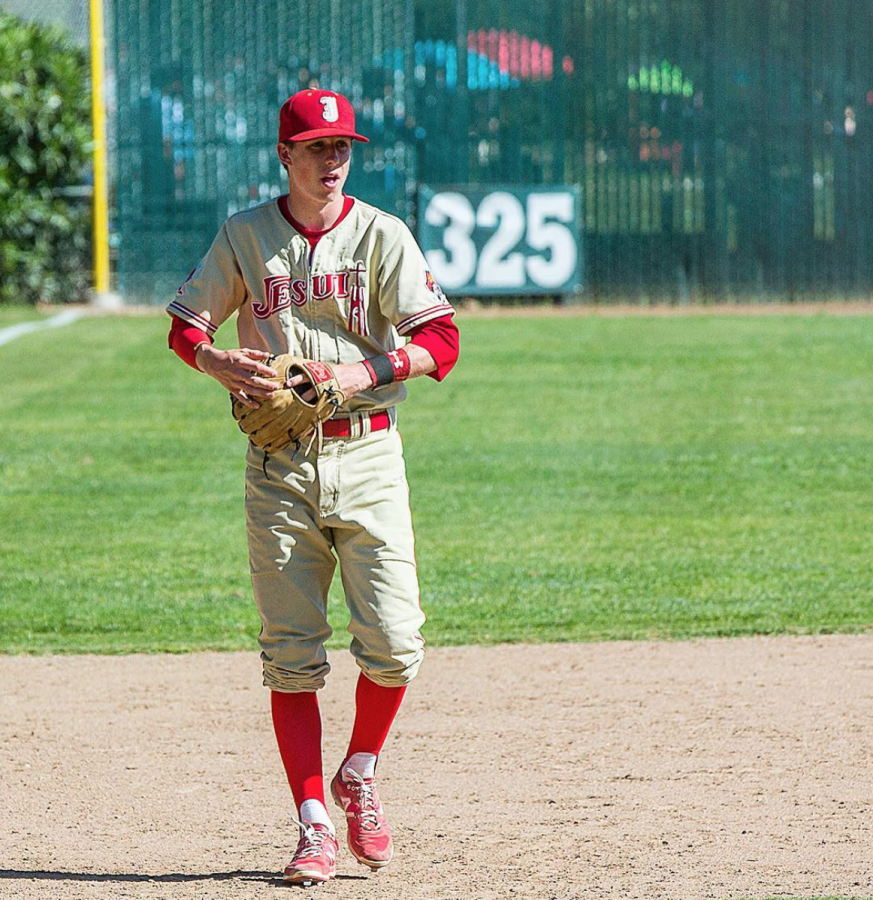 Anybody that follows professional baseball knows that trades are a part of the game. Jesuit High School Sacramento graduate Nick Sogard ’16 recently experienced this firsthand.

First reported on Feb. 17, the minor league infielder was traded by the Tampa Bay Rays along with Catcher Ronaldo Hernández to the Boston Red Sox for pitchers Jeffrey Springs and Chris Mazza, along with cash considerations.

Like most players who get traded, Sogard was struck with a few different emotions.

“It was bittersweet,” Sogard said. “It’s sad to be leaving the team that drafted me as well as the group of guys/staff that I had met in my short stint with the Rays. But on the other hand, I’m very excited about the opportunity in front of me with the Red Sox and can’t wait to get out there and get going.”

While he’s looking forward to playing for the Red Sox organization, Sogard is even more eager to play organized baseball again — something he hasn’t done for a while after the entire 2020 minor league season was canceled due to the COVID-19 pandemic.

With baseball being a sport that relies heavily on quick decision-making, most would argue that in-game experience is the best way to improve. Because of this, having no season left Sogard and thousands of other minor league players without their best tool to get better.

Despite not having a season in 2020, Sogard made the best of his situation — practicing with a game-like mindset and using the extra time off to get some new experiences.

“It was not a good thing,” Sogard said about not having a 2020 season. “Obviously it’s not something that anybody had anticipated or really enjoyed but you can either be sorry about it or do something about it. It was challenging at times, but rewarding as well with being able to step away from playing everyday and try out some new things and just try and make myself a better player. Game reps are game reps and those are always very difficult to replicate in a practice, but if you train with the right mentality, I think that can be very valuable towards translating those practices into game performances.”

Before his 2020 campaign was canceled, Sogard hit .290 in 262 plate appearances for the Short-A level Hudson Valley Renegades during his sole professional season in 2019.

While he was not much of a power threat, Sogard was praised for his plate discipline. He proved he can get on base at a high clip with a .405 on-base percentage in 2019. Sogard’s speed is also a weapon — swiping 20 bags in only 63 games that same season.

It’s clear Sogard can make a difference at the plate and on the base paths, but his most valuable skill might be his defensive versatility. Although shortstop was his primary position in 2019 with 38 games at the position, Sogard also played 21 games at third base and a few games at second base.

With the ability to play multiple positions, coaches rarely have an issue finding a place to put Sogard’s productive bat and plus speed in the lineup.

While he’s 23 years old now, Sogard’s skills were evident even when he was a high schooler. His best friend and Jesuit teammate Nick Iwasa ’16, who’s now an infielder at Sacramento State, was complimentary of Sogard’s abilities.

“It has always been obvious that he has a great feel for the game,” Iwasa said. “I think one of his best qualities is that he just lets the game come to him. He doesn’t try to press or anything. He is able to read the game and know what needs to be done. I would say his best aspects are his bat to ball skills and his fielding. He has always been a great fielder.”

In his senior season at Jesuit, Sogard hit .446, led the team in doubles, set a school record by recording a hit in 13 consecutive at-bats, and was the school’s Athlete of the Year.

After graduating from Jesuit, Sogard went on to play at Loyola Marymount University. His breakout season came during his sophomore year when he batted .324 and got on base at an elite .438 clip. He also excelled as a junior — hitting .310, led the West Coast Conference with 30 steals, and was named the WCC Defensive Player of the Year. Following his junior year, Sogard entered the 2019 MLB draft and was selected by the Rays in the 12th round.

Although reaching the professional ranks is a rare feat, Sogard isn’t the first in his family to do so. His cousins Eric and Alex Sogard both have professional experience. Eric has spent 13 years in the Major Leagues and while Alex never reached the majors, he’s currently the Head Baseball Coach at Wright State University.

His uncle Steve Sax was a multi-time all-star second baseman who played 14 seasons in the big leagues, most notably for the Los Angeles Dodgers and the New York Yankees. Sogard’s other uncle, Dave Sax, also made it to the majors but had limited experience.

With playing professional baseball being such a common theme throughout his family, Sogard knows what it takes to reach the Major Leagues one day. It’s not clear, yet, when he’ll get his first shot to prove himself to his new franchise as Spring Training reporting dates for Minor League teams haven’t been determined.

Regardless of when Sogard begins his 2021 campaign, he’ll look to repeat the success he had in 2019 and utilize the same old-school bag of skills that have gotten him to where he is today.