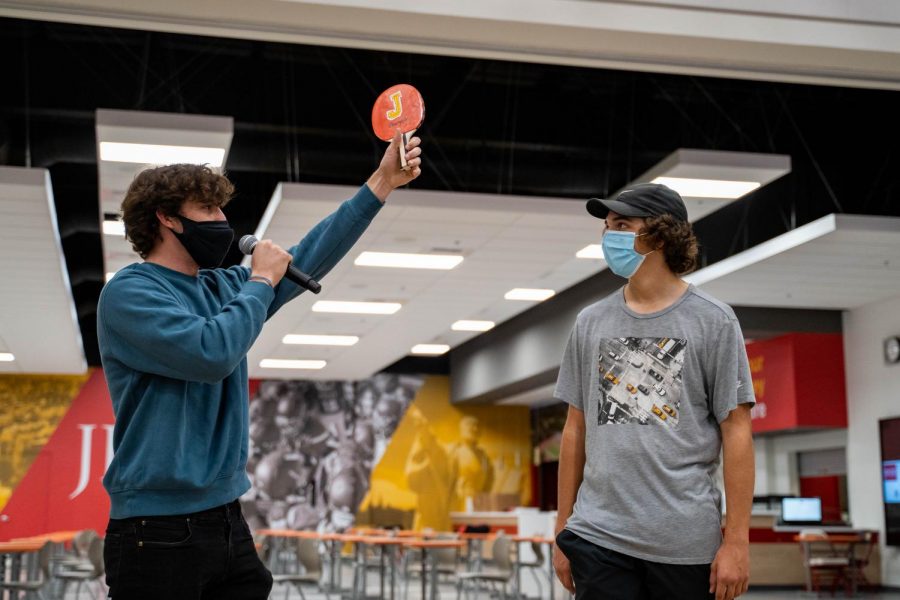 For its second Spirit Activity of the semester, Jesuit High School Sacramento held a Pingpong Tournament on Wednesday, Feb. 3.

The tournament had 64 competitors and those who attended could buy lunch from Nopalitos and Smoothie Patrol. Only students who screened negative for COVID-19 on Monday Feb. 1 could take part.

The winner of the tournament was JD Sedar ’21,who defeated Luca DiFiore ’24 in the championship match.

On his way to winning the championship, JD upset Tonko Susac ’21 — one of the favorites to win the tournament — in the semifinals. While JD originally didn’t have full confidence in winning the whole tournament, his skill spoke for itself in the game.

“In the championship match, my forehand was on — I was making everything,” JD said. “I thought I was going to go far in the tournament, but I didn’t think I was going to win. I think the [Student Executive Council] did a great job with the tournament and I was happy to participate.”

One interesting theme of the tournament was the play of several freshmen. Luca made it to the championship match, two freshmen got to the final four, and three to the elite eight.

Eliminated by Luca, Tobi Ajayi ’24 was one of the standout freshmen that made the elite eight. Despite being eliminated, Tobi found the Spirit Activity fun and now plans on coming back to upcoming activities.

“The tournament was pretty much just for fun and hanging out with friends,” Tobi said. “After I saw myself in the top eight, I thought that was really good. I can see myself coming to more events like this one in the future.”

With this only being the beginning of the Spirit Activities at Jesuit, Student Executive Council President Ronan Brothers ’21 saw that the participants enjoyed the event, and is looking forward to planning more events for the rest of the school year.

“The tournament was a success,” Ronan said. “It was a good chance for some freshmen to hang out with their big brothers and we got to see the champ, JD, play some great pingpong. The gym was pretty full and everyone had a good time. We can’t wait to host more stuff like that later this year.”

With this only being the second event, according to Ronan, there are many more fun Wednesday Spirit Activities to look forward to as the year progresses. Look in your email for information about upcoming Spirit Activities so you can participate in the next fun event.