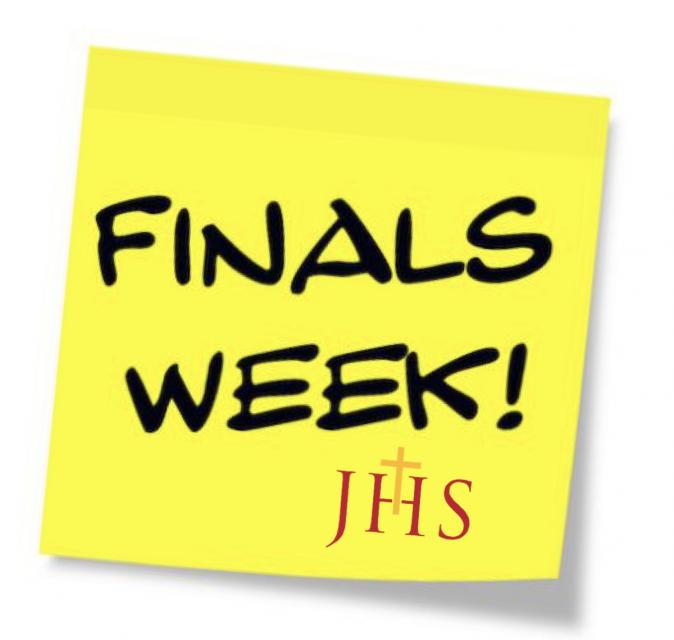 To conclude each semester, Jesuit High School Sacramento has its “finals week” — typically one of the more stressful times of the school year for both students and teachers. But due to the pandemic, the school made some modifications to finals for the Fall semester.

Despite giving students the option to return to campus since Oct. 20, Jesuit decided to move repetitions and finals online. The school also allowed teachers to assign final projects or papers instead of an exam.

For Alex Chen ’21, fewer final exams and more projects made the week of finals much less stressful.

“As a senior, I personally felt less stressed about finals overall compared to last year,” Alex said. “I really appreciated the project portion of the finals, as it gave me ample time to complete them, as well as balance my studying for synchronous finals. I do prefer this format, simply because it allows me to organize my time better when approaching finals.”

In agreement with Alex, Jacob De La Torre ’23, also found that the projects led to a much more manageable finals week than in previous semesters.

“The projects were way easier online,” Jacob said. “The tests were easier as well. Me and a couple of friends had study sessions on Discord.”

On the other hand, Lukas Parada ’24 found finals to still be quite difficult, which makes sense given it’s the first time most freshmen have had so many tests and projects due in one week.

“Finals were honestly really stressful because I’ve never really had so many exams and projects in a span of a week,” Lukas said. “It did feel really weird because some classes just had projects instead of exams, and it was easy to get distracted with them. Even though it was stressful, I felt like I did well on most of them.”

While it’s clear that finals week will always be a tough time for most students, it seems that many appreciated the new format. And with COVID-19 cases on the rise, there’s a chance a similar style of finals will be used for the Spring semester.