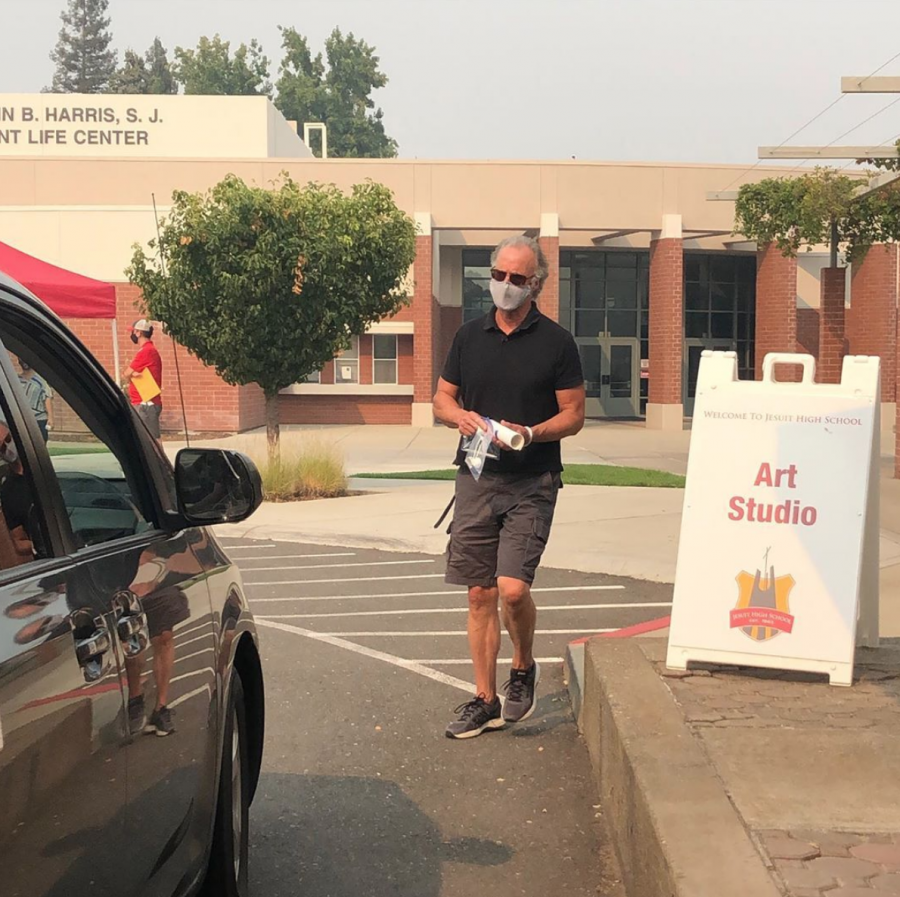 For roughly a month in a half, Sacramento has experienced poor air quality due to the California Wildfires, specifically the recent Napa and Creek fires.

The Jesuit High School Sacramento community, being right in the middle of the smoke clouds, has been greatly effected.

For Jack Haynes ’22 the smoke has prevented him from going outside much and has also caused him some aches and pains.

“I used to run almost everyday after school but since the smokes rolled up I’ve been stuck inside,” Jack said. “I did experience headaches, tiredness, and chest pain from the smoke, though I’m not very sure if the tiredness is from the smoke or from school.”

While the smoke presents a danger to everyone, some are particularly vulnerable such as George Sicner ’21, who has asthma. George is a cross country runner and so practicing in a safe manner has been difficult.

“About 4 weeks ago I was going on a run without my inhaler and it got pretty bad,” George said. “Suddenly my chest started tightening up and it was really hard for me to breathe. So I had to walk basically the whole way back.”

Fortunately George is alright, but to stay safe he has been taking extra precautions.

“Since then I’ve carried my inhaler with me every practice and so far I’ve only had to use it twice in the past four weeks,” George said.

But while the smoke poses a threat to some, for others like Priest, History teacher, and golf coach, Father Aaron Engebretson S.J., the smoke hasn’t taken much of a toll.

“I’m not outside long enough for it to affect me,” Fr. Engebretson said. “The Jesuits get together before dinner for half an hour or so, and because we have old guys we have to keep that indoors. But other than that it hasn’t affected us.”

While the Air Quality Index has dropped considerably over the last couple weeks, it could easily pick back up as the California fire season typically runs through October according to AccuWeather.