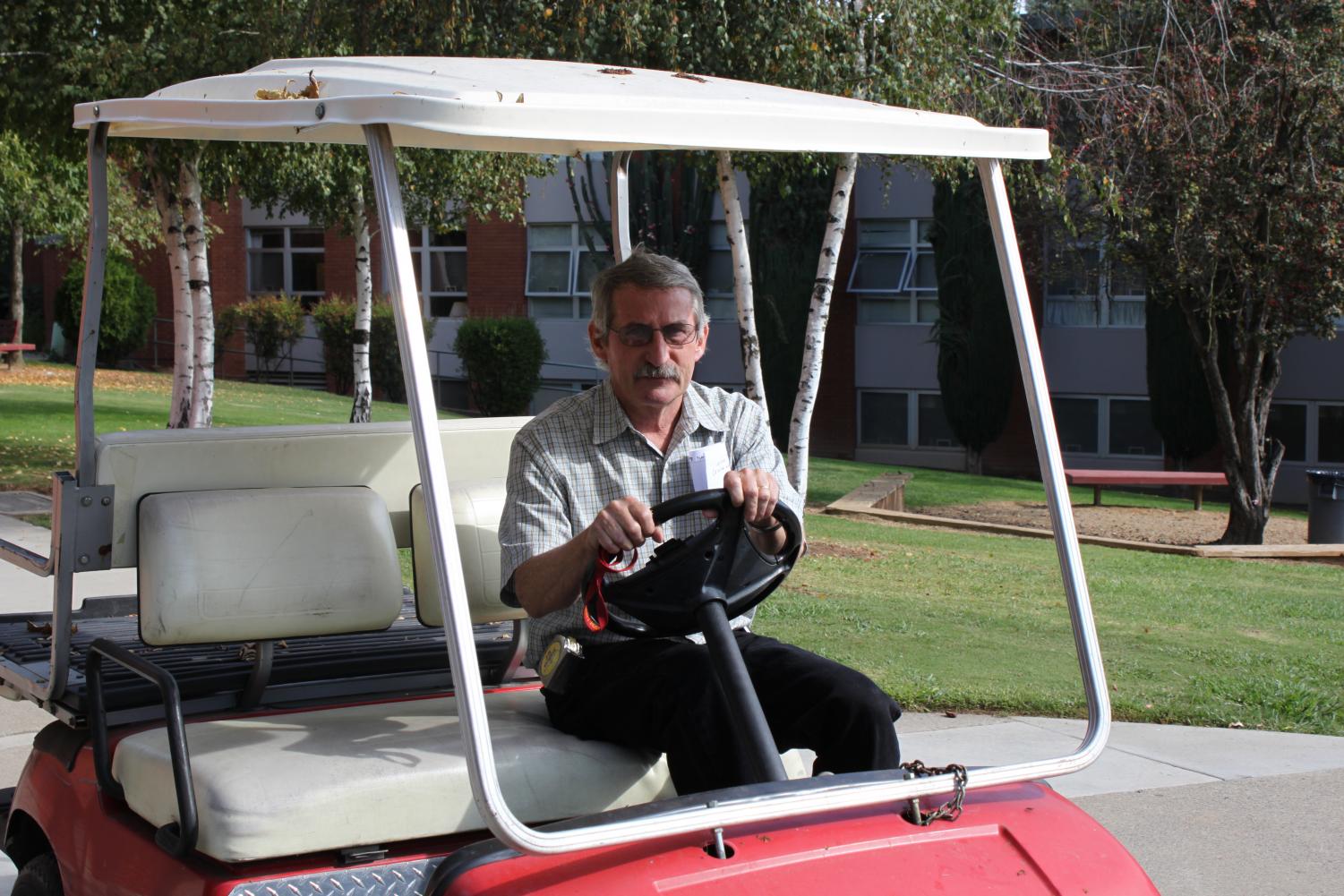 (Photo courtesy of "The Cutlass")

Photo courtesy of "The Cutlass"

Willy Park, a man of community and service

After 25 years of helping the Jesuit community grow and evolve, Mr. Park is set to retire later this year.

Having worked on a number of notable projects including the construction of the chapel, Harris Center, Student Athletic Center, and getting air conditioning for the entire campus, Mr. Park has been a tremendous asset to the Jesuit community, and his work is a part of what makes Jesuit’s campus beautiful and safe.

Although these projects are legacies of Mr. Park’s contributions to the school, Mr. Paul Speers, who is the assistant plant manager, explains how Mr. Park has impacted the school with his character and work ethic.

“Willy Park is a hard-working man, a meticulous planner, and a generous giver,” Mr. Speers said. “For the last 25 years, Willy has done an amazing job of ensuring the smooth operation of the facilities here at Jesuit High School. In my eyes, he simply exemplifies Jesuit’s mission statement, ‘Men for Others.’”

During his tenure, Mr. Park’s work has led to the evolution and expansion of Jesuit’s campus. Looking back at his career, Mr. Park recalls some of his fondest memories and experiences.

“I think being part of the team that brought air conditioning to the whole campus, the new buildings including the Harris Center, SAC, new classrooms at Alumni Hall and Lalemant and of course the chapel [have been the best experiences],” Mr. Park said. “Another time was when Mr. [David] Novak asked if I wanted to help with Science Olympiad with himself and Ms. [Julia] Yang which I did for several years.”

When asked about working on Science Olympiad with Mr. Park, Ms. Yang describes his commitment to helping students and how the nature of his work has made Jesuit a better place.

“Mr. Park would stay well into the evenings with us helping students with their building events (bridges, cantilevers, mousetrap vehicles . . . etc.),” Ms. Yang said. “He would make trips to the hobby shop, making sure we had the proper glue, wood, and other supplies. His expertise is priceless. Mr. Park was (and still is) very dedicated to the students and the school. He is the ultimate ‘fix it’ man who keeps the buildings standing and the AC working. He’s a good part of why Jesuit High School’s campus is a beautiful place to work.”

As Mr. Park readies for his retirement, Jesuit faculty members expressed their appreciation for the work that Mr. Park has done throughout his time, remembering him as an integral part of the Jesuit community.

Mr. Speers reflects on working alongside Mr. Park, expressing how this time has impacted him personally.

“I have had an incredible experience working with Willy,” Mr. Speers said. “His brilliance and his guidance have always inspired me to do better. He is not just a boss to me, but a mentor and friend. Willy’s daily presence will be missed at Jesuit.”

Jesuit President Fr. John McGarry expressed his gratitude to Mr. Park, giving tribute and respect for his service to the school.

“Willy Park has been an invaluable member of our Jesuit High School family for the last 25 years!” Fr. McGarry said. “He knows this campus, works very hard, and is loved and respected by faculty, staff, and administration alike! We have been blessed to have him as our plant manager. Willy has been diligent in the day-to-day maintenance of the school, and he has been an integral team player in all of the major construction and renovation projects at Jesuit. We will miss him, but I know he will stay involved with our Facilities Committee. All of us at Jesuit owe Willy Park a great debt of gratitude and appreciation, and we wish him well in his much-deserved retirement.”

Mr. Park’s first day at Jesuit happened to be the same day as now-Jesuit Principal Mr. Michael Wood’s ’99 first day of freshman year. Mr. Wood shares his thoughts on Mr. Park’s disposition and how he will remember his time working at Jesuit.

“The first thing that I think of when I think of Willy Park is that first and foremost [he is] a great person,” Mr. Wood. “He has been so dedicated to Jesuit and everyone who works with Willy sees his love for Jesuit. I will remember someone who is calm, kind, and who gets the job done. It’s been an honor to work with Willy. He has been a true gift to our community.”

Although Mr. Park will retire from Jesuit in September, his plans for the future involve staying a part of the Jesuit community.

“[I’ll do] some traveling, I belong to Kiwanis so I will spend more time serving the Carmichael Community. My wife Denise, who is retiring the same day as myself … will join me in Kiwanis,” Mr. Park said. “I think I will still be somewhat attached to Jesuit by working as a rep for the Key Club and maybe working with the Facilities Committee.”

As a parting message, Mr. Park asks that students “please pick up trash and recycle” to continue keeping the school well-maintained and beautiful — something that students can do in appreciation and reflection of his work.

From all of us students along with the Jesuit faculty and staff, we thank Mr. Park for his service and all that he has done for our community. We wish the best in the next chapter of his life and want him to know that he will always have a home at Jesuit High School.