Jesuit says goodbye to one of its longest-tenured faculty members 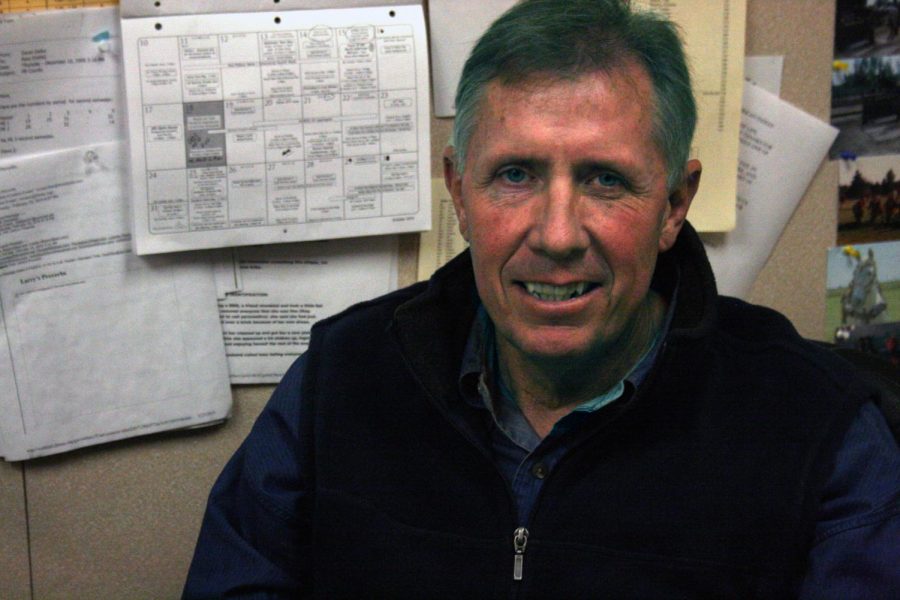 Photo courtesy of the Cutlass

After 43 years of working at Jesuit High School Sacramento, the 2019-2020 school year will be the “last dance” for Mr. Ross Evans.

First hearing of a job opportunity at the school from good friend and former teacher Mr. Gerry Campos, Mr. Evans began his career at Jesuit in 1977.

During his time at Jesuit, Mr. Evans served in a variety of roles. He taught Biology, Biology XL, Anatomy/Physiology, and Physical Education 1 and 2.

In his more than four decades working at Jesuit, Mr. Evans has taught students and the children of those students.

“Mr. Evans taught my father, brother, and now myself,” said Hunter Cameron ’21, a student in Mr. Evans’ Anatomy/Physiology class. “My family has known Mr. Evans for quite a while, and I can confidently say not only is he a one-of-a-kind teacher, he is a great man.”

He’s even taught and coached students who have gone on to become teachers at the school.

“Mr. Evans was my biology teacher, and I eventually went on to be a biology major in college and later a science teacher,” said Mr. Tom Witzgall ’98, the science department chair and an assistant cross country coach.

English Teacher and Head Freshman Football Coach Mr. Phillip Nuxoll ’83 was coached by Mr. Evans on the track and field team. Mr. Nuxoll remembers being less than enthusiastic about the sport when he first joined the team as a freshman, but that changed thanks to Mr. Evans.

“I had no real interest in track at that time, but Coach Evans quickly changed that and made throwing the shot and disc some of my greatest memories during my four years as a student,” Mr. Nuxoll said. “He was a great technician on the field, and his knowledge of weight lifting and conditioning was unparalleled at the time, especially at the high school level. Most importantly, though, he made every one of his athletes feel like we were all contributors to the program and that we were all individually worth his time.”

Students appreciate the passion and humor that Mr. Evans brings to teaching.

“Coach Evans is a one-of-a-kind type of teacher,” Hunter said. “It is very clear the amount of dedication and love he has for teaching and his students. I feel as though he is not only a great, funny, and dedicated teacher, but he forms a great bond with all of his students.”

Mr. Evans has also gained the respect of his fellow faculty members.

“I have known Ross Evans for 11 years,” said Spanish Teacher Ms. Sarah Kelso. “He was one of the first people at Jesuit to become a friend because we bonded over our love for horses. He’s a real American hero in my eyes. A man who loves horses, who love[s] this country, who loves football, who loves Jesuit High School…and [he] looks you in the eye, makes you feel seen, and makes you feel appreciated.”

As his career comes to an end, Mr. Evans is thankful for all members of the Jesuit community.

“Teaching at Jesuit has been a fulfillment of one’s life, I could not imagine teaching and coaching anywhere else,” Mr. Evans said. “I am grateful for the entire Jesuit community. Jesuit is a special place, made that way by all who share in that community.

It’s this love and gratitude for the Jesuit community that allowed Mr. Evans to have the impact he did on the students he taught, the athletes he coached, and the faculty and staff members he worked with.

While he’s retiring from Jesuit, Mr. Evans won’t stop being a fixture in the school’s community anytime soon, as he plans to be a continued presence at many Jesuit events.