After an accomplished running career, Jesuit alum excels off the track 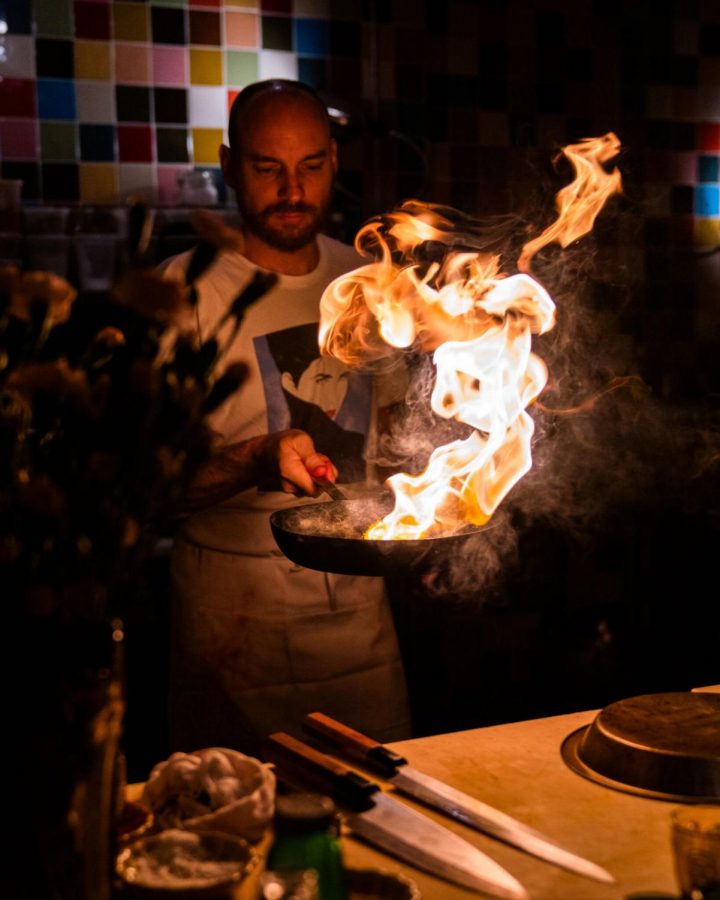 While Jesuit High School in Sacramento is known for producing great runners, Michael Stember ’96 was extraordinary.

One of the most talented runners in the history of California prep sports, Stember helped lead Jesuit’s cross country teams to three consecutive state titles in 1993, 1994, and 1995.

After finishing cross country in the fall, Stember carried the same dominance with him into the spring each year for track season. Named the Gatorade High School Track and Field Athlete of the Year in 1995, Stember made two junior USA teams and won the California State Meet in 1995 and 1996.

Stember’s performance at the 1995 California State Meet remains an awe-inspiring feat. A video of the race – posted 15 years after the event – has nearly 12 million views on YouTube.  The video shows Stember suddenly breaking from the pack when he started his finishing “kick” with 600 meters still left in the race. Stember believes that very risky move was key to him landing a full scholarship to Stanford University.

Not just anyone can kick with 600 meters left in a race, it takes an exceptional athlete. Stember was exactly that according to teammate and friend Scott Abbott ’96.

“He had a freakish mix of speed, endurance, power, and explosiveness; it was like some sort of cheat code in a video game,” Abbott said. “Never before had the sport of distance running had an athlete like him; he was arguably the best athlete on a campus full of great athletes. Our sophomore year, we were in the gym stretching after a rainy run; he took his shoes and socks off because they were wet, and then, while barefoot, he ran up and dunked his socks in the basketball hoop in front of the entire varsity basketball team (who were NorCal champs that year, incidentally). He was a 15-year-old distance runner, maybe 5’9”-5’10” max at the time and he could dunk…barefoot.”

Aside from running, Stember played basketball and soccer, being named the Most Valuable Player of his freshman and junior varsity basketball teams. However, Stember listened to the advice of then-Athletic Director Chris Smart and decided to focus only on running for his last two years of high school.

According to Stember, Smart said something along the lines of, “Michael, I know you could be all metro, all section [player] in basketball and soccer, but you could be the fastest runner in the world if you actually train for cross country. And your Mom has sacrificed so much to get you to this point, it’s time for you to choose the right path. Focus on your gift, focus on your running.”

Stember’s mother raised six kids and ran a daycare center out of the house to allow them to attend private school. She was also heavily involved with the school, designing and leading decorations for a number of Jesuit events including the school’s annual Christmas Tree Lane.

After graduating from Jesuit, Stember continued his record-breaking runs at Stanford, where he still holds outdoor school records in the 800 and 1,500-meter races. Stember was a member of the Stanford Track and Field team that won the NCAA Men’s Outdoor Track and Field Championship in 2000.

That same year, Stember made the 2000 Olympic team that would compete in Sydney, Australia.

With the Olympic trials being held at Sac State, Stember made the team in front of a hometown crowd, something he appreciated.

“My hometown Sacramento crowd cheered me on so loudly that I felt it made a difference in that last 50 meters when I was completely maxed out,” Stember said.

Along with the large group of fans cheering Stember as he ran, Sac-Joaquin Section Hall of Famer and legendary Jesuit Cross Country and Track and Field Coach Walt Lange was in attendance.

“[It was] a memorable day… when he made the Olympic team at the Olympic trials here in Sacramento,” Coach Lange said. “He became Jesuit’s second Olympian, swimmer Jeff Float ’78 having made the 1980 and 1984 teams.”

In the Olympics, Stember ran two rounds in the 1,500-meter race, finishing sixth in the first round to advance to the semi-finals.

“I will never forget the deep feeling of international comradery amongst the field of runners in my heat as I walked from the belly of the stadium down long concrete corridors and out of the tunnel onto the brightly lit track,” Stember said. “[I was] wearing USA on my chest and praying to God with all my heart for every molecule in my being to run as fast as possible. As I studied my opponents, I recognized every one of them was deep in prayer. That very same God was being beckoned by each of my competitors, that’s when it felt special. There were 115,000 people in the stadium, and my whole family, which I could see on the upper deck right before the starting gun. It was a special feeling. It’s been 20 years and I remember it like it was yesterday.”

Stember retired from running in 2009, but his legacy remains.

“Michael doesn’t get enough credit for the lasting effect that he had on the sport in this country,” Abbott said. “His achievements as a prep at Jesuit were a definitive hinge point for the sport and were a catalyst for a resurgence in the sport of distance running in America … [his] achievements captured the imagination of the sport, young and old, and it led to a watershed of record-breaking performances in the following years for prep boys that ultimately led to a resurgence of American distance runners in the next decade on the international scene. It may be an overstatement to say he was unilaterally responsible for this, but it is equally an understatement to say that he only played a small part in this.”

Stember credits much of his success to Coach Lange

“Coach Walt Lange had such a huge impact on my development as a student-athlete,” Stember said. “He really believes in using ongoing comparative analysis week by week to the world’s best current results. It gave me a reality check, a true sense of where my fitness measured up in the world versus just where I was in the Section or the State. It was humbling mostly, and it kept Scott Abbott and our whole squad pushing it every chance we had knowing there were dozens of young Kenyans and Ethiopians running much faster. That truthful knowledge certainly helped catapult me to the college ranks and eventually the Olympic Team.”

Following his retirement from running, Stember worked a couple of jobs before entering the food industry.

“After I retired as a runner I eventually started an underground sushi society in downtown LA in my loft called Sushi Belly Tower,” Stember said. “It was a blend of sashimi, live music, and premium cocktails for 30-40 dinner guests. It grew momentum and I continued it for 8 years, traveling to 5 countries and doing epic events for random famous people like Elon Musk, Emily Ratakoswki, and [I] was Bradley Cooper’s personal chef.”

After moving to Brooklyn, Stember and his best friend started “Ponyboy,” a restaurant that is mostly known for its sushi, tacos, and cocktails. The group of friends named their restaurant after The Outsiders character.

With the COVID-19 outbreak hitting New York extremely hard with more than 260,000 confirmed cases as of April 24, Stember launched “Ponyboy Express,” which serves food and cocktails either by delivery or pick up. The restaurant also set up a GoFundMe account to raise money to keep it open and to pay its staff.

Stember’s passion for food began in his childhood as he remembers savoring the smells and tastes from the kitchen where his mother cooked for him and his five siblings each day.

“Being the youngest of six kids and having a Mom who loved to cook daily, my first inspiration for food and flavor was born out of those beautiful smells and tastes of my childhood kitchen in Fair Oaks,” Stember said. “When my brother Peter forced me to eat uni and other raw Japanese delights at Mikuni in 5th grade I got hooked on that pure umami and Taro’s gorgeous presentations.”

In college, Stember discovered that food, specifically sushi, was more than just a craving, but a way to interact with others.

“I couldn’t afford Stanford’s local top sushi spots so I convinced their fish purveyors to sell us student-athletes fish directly and everything changed drastically,” Stember said. “I suddenly had the best seafood in the world being delivered to my dorm and 80 other teammates wanting and needing tasty fuel. Several of us got hooked on weekly sushi soirées, it was the evolution of social club meets sushi feast.”

A former Olympian and now a successful restaurant owner, Stember has seemingly done it all, but he isn’t finished. His next project will incorporate both of his passions.

“I’m launching a YouTube channel focused on educating runners and all athletes [on] how to eat healthier at home,” Stember said. “Super excited about that project.”

Given the success that Stember has already enjoyed, no one should bet against him succeeding wherever his passions take him next.