Opinion: Looking back at a crimson and gold decade 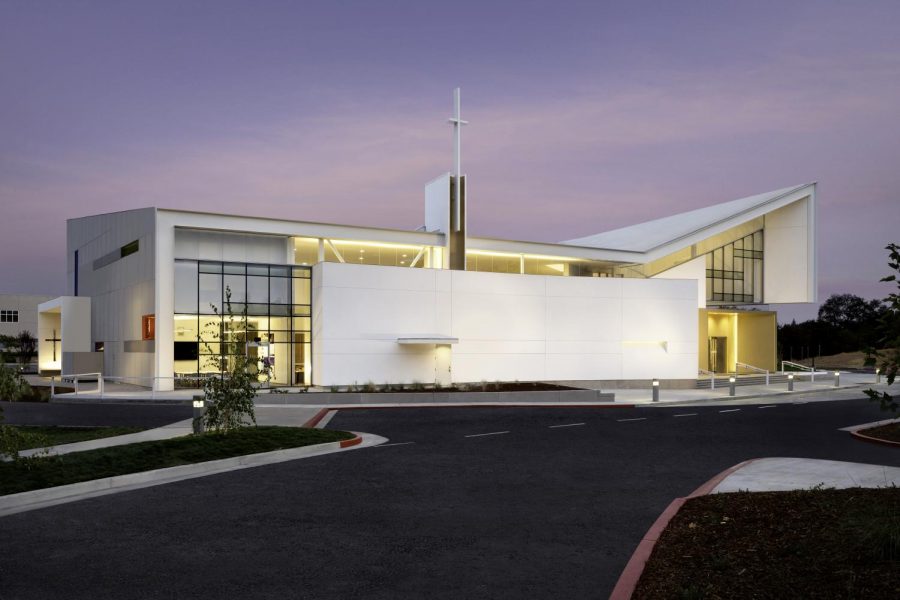 Brightened by a myriad of student accomplishments, the 2010s at Jesuit High School Sacramento were a decade of brilliance and reinvention, filled with stories of thrilling victories, dazzling performances, and breakthroughs that changed our community.

While many things come to mind when looking over the past 10 years — nine straight Holy Bowl wins, national and international performances by Jesuit’s choir, individual and team athletic performances in every sport on campus, the tradition of spirit week — collected below is a list of what I consider to be the standout moments of the last decade.  I compiled my list after interviewing several members of the Jesuit community.

There had been a long-standing wish to provide a new space for spiritual life on campus. Opening in the fall of 2014, the Chapel of the North American Martyrs has become a pillar of student life at Jesuit. The addition of the chapel, a state-of-the-art modern building, provided a new space on campus for worship, services, celebrations, special events, and performances, such as the annual Lessons and Carols which has become a beloved tradition. Its significance reverberates throughout the school, a visible landmark of the school’s mission, and a place for the community to gather in celebration.

When Fr. John McGarry, S.J. served our Jesuit community as principal from 1997 to 2005, he was beloved by faculty and students for his leadership and devotion to the school. In 2018, Jesuit had the pleasure of welcoming Fr. McGarry back. His return, this time as president, forecasts that Jesuit’s next decade will be as excellent as the last.

Over the last 10 years, the Jesuit Drama program has consistently produced outstanding plays. Although these productions have included an ingenious version of Cats (2011) and the crowd-pleasing Spamalot (2017), Artistic Director Mr. Ed Trafton ’84 found that the heart of the company is its focus on original work with an emphasis on social justice. The final production of the decade,“In the Matter of Scott Daniel Warren or Scenes and Fragments about a Play in the Desert,” was a transformative experience that will be remembered as a highlight of Jesuit Drama’s mission.

One of the principal pillars of Jesuit High School’s Grad-at-Grad mission is “committed to doing justice.” There have been efforts spanning beyond this decade with events like the Mass for Peace and Justice and the Social Justice Summit. Last year, Jesuit saw a renewed emphasis on this mission during the annual Social Justice Summit’s focus on the impact and importance of mental health. In 2018, the long-awaited formation of the All Love Alliance gave a home for LGBTQ+ students and allies. In the second semester of the 2018-2019 school year, the Multicultural Student Union was created to promote equity and inclusion on campus.

The Jesuit rugby team enjoyed a decade of dominance, becoming one of Jesuit’s most successful teams. In formidable fashion, the rugby team made a habit of winning state championships, hoisting consecutive titles from 2011 to 2015, and again in 2019. Only gaining momentum from success in California, the Marauders took their winning ways to Nationals, amassing six championships, most recently in 2018 and 2019.

Alongside rugby, one of the most accomplished programs last decade was the soccer team. The team claimed numerous records, including 10 league titles, six section titles, being ranked No. 1 in California by MaxPreps on four separate occasions, 2012 MaxPreps National Rank No. 1, and Coach Paul Rose achieved the remarkable feat of 800 career wins in 2018. When I interviewed Coach Rose, he recalled his most memorable moment to be during a comeback win in the 2015 Section Finals to beat Oakridge High School with two goals in the final 12 minutes.

It was also a decade in which Jesuit’s cross country team was a thriving force. As a team, Jesuit collected seven Delta League Varsity Championships, five Sac-Joaquin Section Championships, and earned five top 10 finishes at the California State meet (third in 2015, and second in 2019). While cross country celebrated team success, Jesuit’s individual student athletes rose to the top as well. Matt Strangio ’20 led the latter half of the decade finishing No. 1 in both 2018 and 2019 at the California State meet and earning 15th, eighth, and fourth at nationals in 2017, 2018, and 2019 respectively. In addition to competition awards, Jesuit’s Ben Holland ’17 and Sean Kurdy ’16 each earned a Scholar-Athlete award.

Jesuit has always made an effort to create an enriching high school experience. First introduced in 2015, the Academic Support Center has become an excellent resource for students looking to reach their full potential at Jesuit. With guidance from Ms. Carol Rose, students are assisted in their journey to academic success. The ASC has steadily impacted students, and entering 2020, the program has more than 160 students. With an emphasis on helping the students of Jesuit, the Academic Support Center has implemented a lasting mark on student life.

Dedicated, passionate innovators, the Jesuit Robotics team is one of the most treasured and celebrated programs on our campus. An elite group of students, the Jesuit Robotics team has contended with the best in the world. At the Mate International ROV Competition, the team has taken multiple awards in outstanding achievements over the course of the decade, including the Sharkpedo Innovation Award (2018).

While students achieved extraordinary heights, improvements and innovations were being made around Jesuit’s already beautiful and impressive campus. Student athletes were treated to new facilities for competition. The Hanson McClain Advisors Stadium (2015) became the home to track and field meets, lacrosse, rugby, football, and soccer. The baseball team got a new field and sports facility which included batting cages and a clubhouse. In the Fr. Barry Gymnasium, students rejoiced over the much appreciated air conditioning used during mass, basketball games, and other events. The school also started the refurbishment of classrooms, a project that continues into this decade.

In the last 10 years, Jesuit High School Sacramento students embraced the different aspects of what it meant to be a Marauder. With grit, passion, and dedication, students tackled academics, sports, drama, music, and numerous other activities — daring to push themselves until their goals and dreams became their realities. As Jesuit remembers a golden decade, one that can be looked on with pride and satisfaction, our community will look forward to the next chapter, the ’20s.