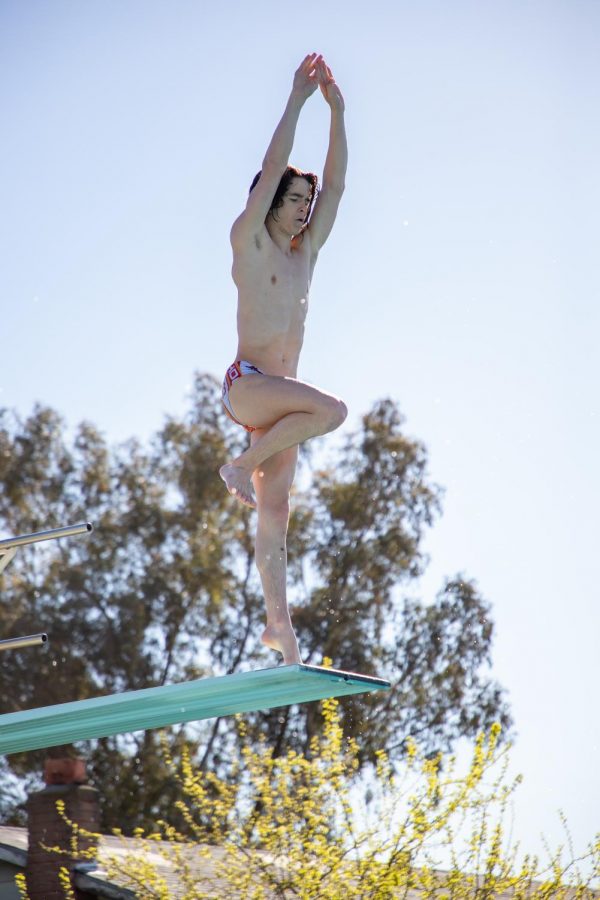 While the winter sports season comes to an end, the diving season is just getting started. A historically successful program, Jesuit High School Sacramento diving is looking forward to another great season, hopefully even better than the last.

Jakob, now a leader on the diving team, holds high hopes for the season.

“My hopes for the team this year are that three of the divers will make it into states,” Jakob said. “If this happens, it would be monumental for the dive team.”

“Overall, I think we have a strong chance at winning leagues and sections, and definitely sending some great representatives [to] state,” Shane said. “I’m hoping that … the team can grow closer and become more known at Jesuit, as many students don’t know [diving] exists.”

There are also a couple of changes to the diving team that will contribute largely to the team’s success this upcoming season.

“This season, we have a couple divers new to Jesuit dive who I really think are gonna help us,” said diver Charlie Minor ’22.

Following a great 2019 season, where the diving team was one of the best teams in the section and a strong contender at the state level, Jesuit looks prepared to have an even better year.

The first meet was on Friday, Feb. 28, against Davis High School at home. The team has since done well in meets against Del Campo High School, Laguna Creek High School, and Bella Vista High School, which took place on Monday, Mar. 9.