On and off the mat 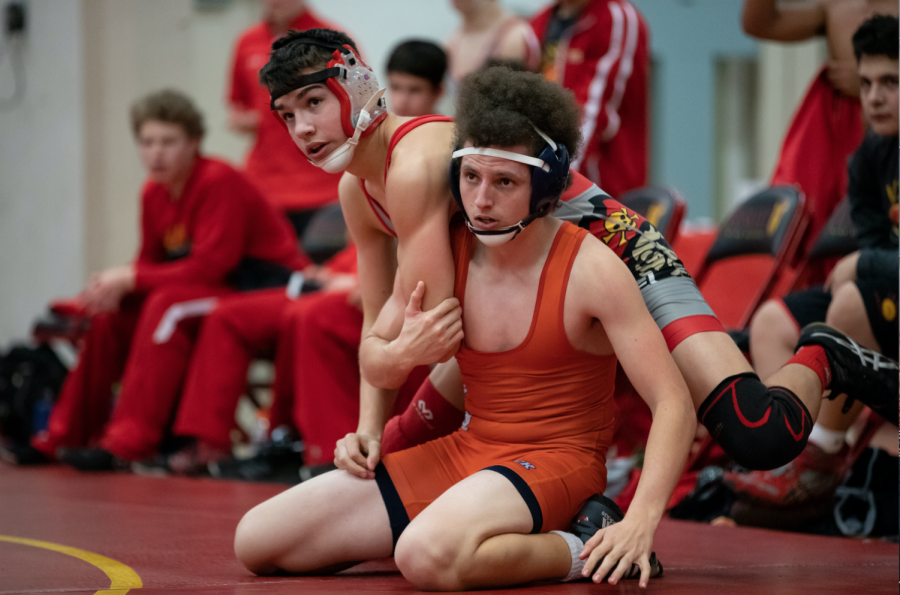 Being one of the best wrestlers at Jesuit High School Sacramento, Clark Parry ’21 has tousled with the best. Placing first in his most recent tournament, it seems like nobody can take him down.

Although he may be team captain now, last year, Clark hadn’t even placed in a single regular season tournament. This year, however, he has achieved second, fifth, second, and first, placing in all but two tournaments. His fellow teammate, Esteban Ruiz ’21, credits Clark’s success to his diligence and mindset.

“Clark’s wrestling performance is outstanding,” Esteban said. “I believe there are two distinct traits that have led him to his success: his work ethic and his mentality. Clark always works hard on and off the mat. Ultimately, it is his determination and focus that constantly allows him to become a better version of himself.”

Besides being physically strong, Clark has proven to be a steadfast team leader as he advises and encourages his teammates. Varsity Wrestling Head Coach Michael Sexton is sure that Clark has earned the title.

“As the team captain, Clark leads his teammates on and off the mat and always takes the time to help or assist the younger wrestlers on the team,” Coach Sexton said. “Because of his leadership and interaction with his teammates, he is well-respected, and everyone truly cares and supports one another at competitions.”

Clark treats his wrestling as he does everything in life, giving his best effort, and according to him, anybody can reach their goals with enough time, practice, and – most importantly – the right mindset.

“For future wrestlers, I would just tell them to not focus on the physical aspect of wrestling, but instead the mental aspect of wrestling,” Clark said. “They need to step back and decide what they want with their wrestling career and how to achieve it. Once they know what they want, they need to set their mind to it and be constantly working toward their goal … but once you are able to set your mind to something and stick with it, you will greatly improve.”

Being strong, fast, and precise, Clark Parry has the makings of an all-star wrestler. He’s an unstoppable force on and off the mat and seeing that he is only a junior, he’s not tapping out any time soon.