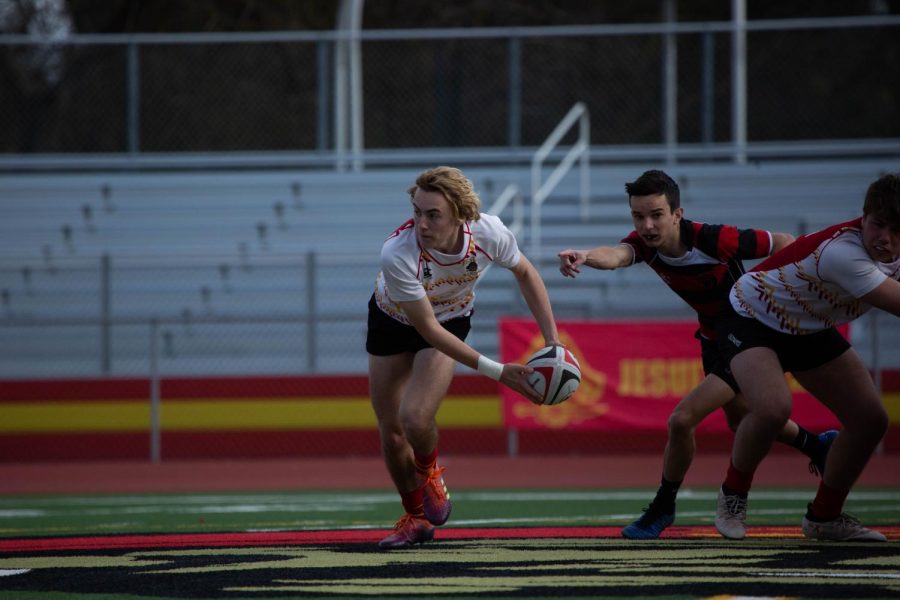 The Jesuit High School Rugby Program has a history of success. With 10 National Championships since 1999, the rugby team hopes to continue the legacy with another strong season.

The rugby team has been hard at work since Jan. 6. Backs captain Hunter Modlin ’20 specifies what the team is working on to give them the best chance at another National Championship.

“This year, we are really trying to be fluid with the ball and play with our systems,” Hunter said. “We have a lot of dynamic players, as well as a lot of playmakers, and the hope is that with those combinations we can be a threat at any part of the pitch.”

With a reputation of being a top rugby program, Jesuit knows that opposing teams will be on their A-games to beat them.

“We have a lot of teams gunning for us because of what we did last year, so we have to be sharp,” Hunter said. “Our systems and ball handling need to be absolutely dialed.”

With opposing teams fully prepared to face Jesuit, the reigning National Champions, David Hause ’21 is confident about their chances to defend their title.

“Last year, we won the national championship with a mainly junior class starting lineup, so the same experienced players will have another year at it,” David said. “I know we lost a few great players who contributed as leaders last year, but I am looking forward to new players to step up as leaders this year, including myself. Ultimately, our goal is to win back-to-back National Championships.”

In addition to the fierce local competition, Jesuit will face several international teams in the month before the championship to gain extra experience. In order to accommodate these teams, many players from the Jesuit rugby team will be hosting these foreign rugby players who will be traveling overseas.

“I’m extremely excited to play the international teams that we are hosting this year,” said prop Liam McLoughlin ’20. “My family hosts a couple of players, so it’s really interesting to listen about their experiences, ideas and culture”

With expectations running high for this upcoming season, the entire rugby team is prepared to make a run for their 11th National Championship.