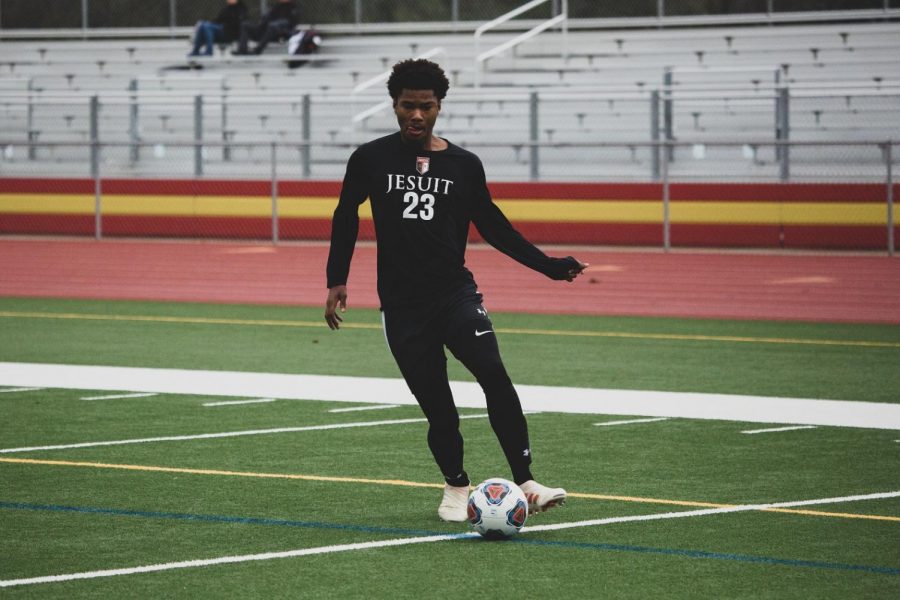 On the afternoon of Jan. 15, the Jesuit High School Marauders will battle the Davis High School Blue Devils at Playfields Park in Davis.

Davis has also started the season well, holding a 6-2-1 overall record. Aware of the looming threat that the Blue Devils will present, defender Michael Roush ’21 notes that a favorable outcome will rely on the team full effort.

“Davis is a solid team, and whenever they play us, they bring their A-game,” Michael said. “We need to continue playing as a team and to keep being ambitious.”

In a contest of physical fortitude, the team’s grit will be an essential asset. Varsity Soccer Head Coach Paul Rose describes that part of the preparation process is getting the team into a competitor’s mindset.

“Getting ready for Davis is preparing for battle,” Coach Rose said. “It will be an all-out effort from the starting whistle to the final whistle … Preparation is mental even more than physical.”

Striker Matthew Kahn ’20 states that the team has been applying Coach Rose’s message and translating it into their practices in anticipation of their next opponents.

“We have prepared by working hard in practice and getting our minds right for what will be in store when we play Davis,” Matthew said. “I think our team just needs to keep working together and keep believing in each other.”