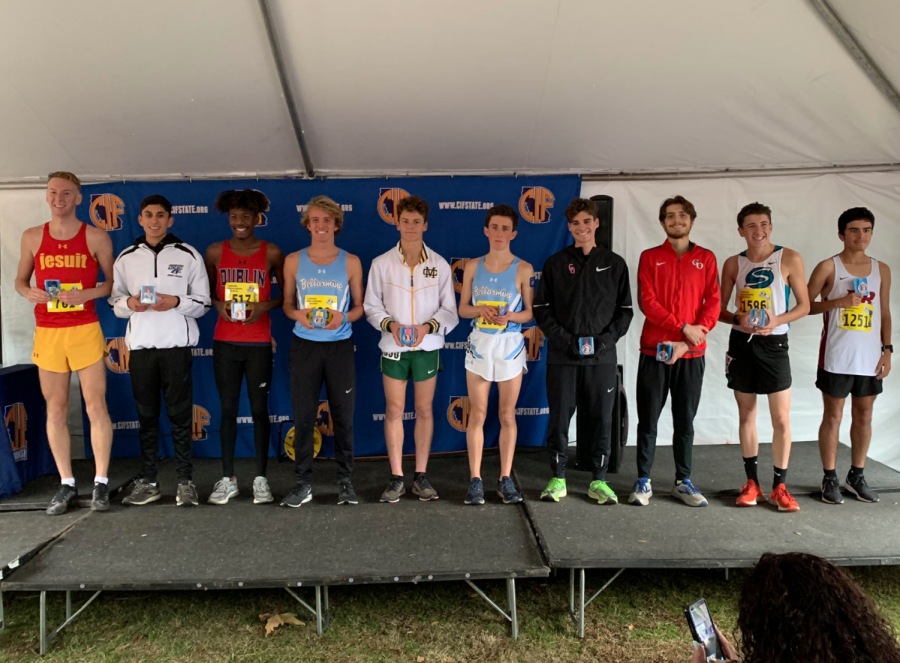 Matt’s first-place finish marks the first time a runner has been a repeat state-winner in regional history. While Matt is appreciative of his success, he’s grateful for his team, who finished second overall behind Great Oak High School.

“To win another individual cross country championship means a lot to me,” Matt said. “I’ve been working pretty much every day for the entirety of my almost three and a half years to win state championships and I’m lucky enough to have that work pay off in the way I was hoping it would when I was a freshman. I’m even more lucky to be apart of such an amazing team who really showed out in the state championship.”

Cross Country coach and Biology teacher Mr. Nick Lai is not only proud of Matt as a runner, but also as a leader.

“Matt has made every one of his teammates better,” Lai said. “He motivates them to do better, and more than for himself, he runs for the success of the team. He could have cruised to an easier win today, but he fought for every second to bring the team’s time down.”

Jesuit’s overall second-place finish at the State Championships marks the end of  the team’s season. Matt Strangio, however, will compete individually at the Nike Cross Country Nationals in Portland this Saturday, Dec. 7.