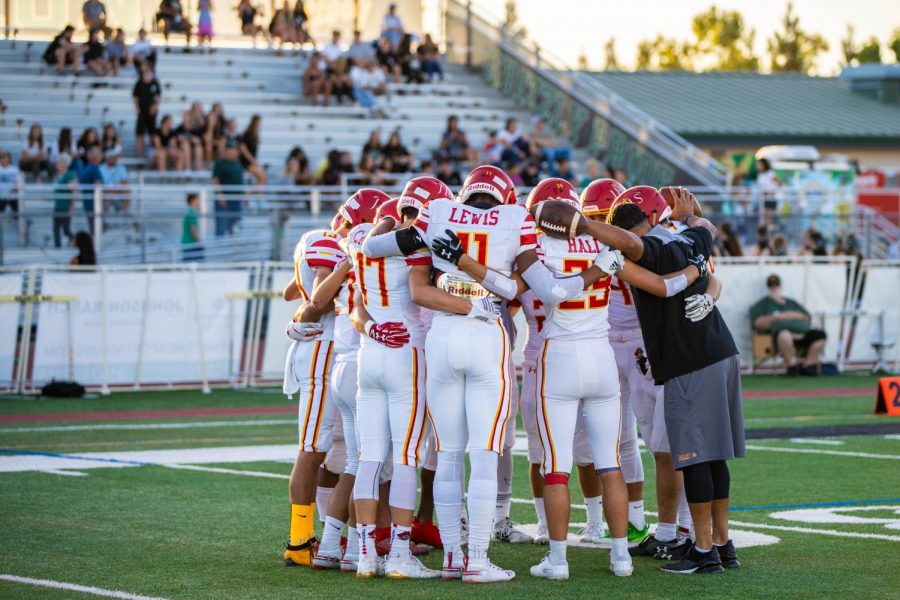 With only one win and the Delta League season about to commence, the Jesuit High School Marauders seek to turn things around as they take on the Franklin High School Wildcats this Friday, Sept. 27.

Heading into the game, neither team is favored as both teams have losing records. Franklin is 2-3 and were recently blown out 41-14 by Pleasant Grove High School. Jesuit is 1-3 after defeating their neighborhood rival Rio Americano High School last week.

Jesuit’s victory over Rio Americano coincided with the return of star quarterback Daniel Susac ’20, who tossed three touchdowns in the win.

Going up against Franklin, Scout and Film Coordinator Jonathan Isaac wants his team to be physical, especially because Franklin has a run-heavy scheme and has several players who weigh at least 300 pounds.

“We have to block and tackle,” Coach Isaac said. “Franklin has a big, physical offensive line, an aggressive fullback, and a slew of running backs that run hard and downhill. We must get off blocks and gang-tackle as a unit.”

“Franklin is a run-heavy offense, so we need to stick to our assignments and trust that the guy next to us is going to do [his] assignment,” Jacob said.

Kicker Ryan Young ’21 says his team needs to improve its focus as its prepares for Franklin.

“In order to defeat Franklin, we need to focus at practice,” Ryan said. “As a team, we’ve struggled with focusing at practice, and if we are able to do that this week, we should be fine.”

With this game being the first game of the league season, it’s crucial that Jesuit starts off on the right track. Kickoff is 7:15 p.m. at Cosumnes Oaks High School, so make sure to come out and cheer on the Marauders.