Jesuit looks to rebound from 0-3 start to season 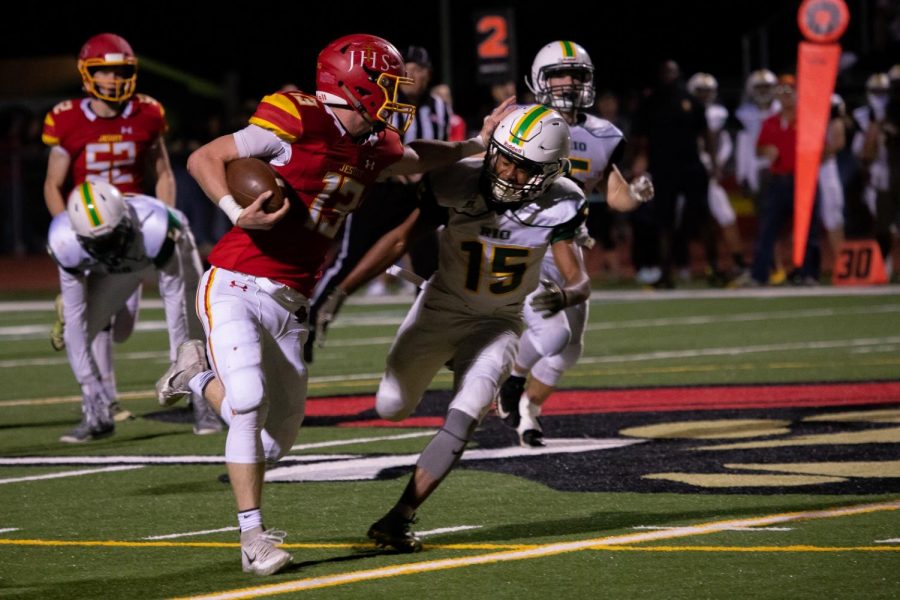 Although the season has started off rough for Jesuit, the team remains optimistic. Jesuit quarterback Jake Peluso ’21 is still confident despite the early season losses.

“We are starting to realize that everything we do has a purpose,” Jake said. “We’re starting to focus on execution and controlling what we control, so that all we have to do is finish the play.”

“I expect our team to flush a tough loss and play tough through adversity,” Coach Isaac said. “Tackling and blocking will be crucial to getting a win.”

Jesuit linebacker Soren Peterson ’20 shared Coach Isaac’s position that the team now needs to look to the approaching contest against the Raiders.

“The team is looking at Holy Bowl as a thing of the past, and we are just going to try to move on and come ready to play on Friday,” Soren said.

The Marauders are ready to take on their across the street rivals. The kickoff to the Friday game is at 7:15 on Sept. 20 at Del Campo High School, so be sure to show support to the Marauders as they take on the Raiders.