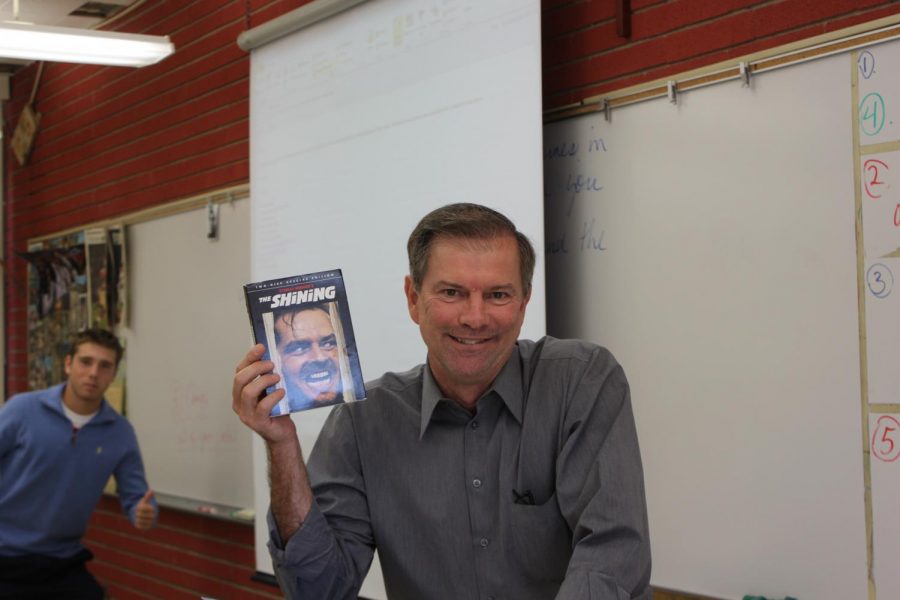 Mr. Michael Lorenc ’73 has made a home for himself at Jesuit High School for over the last three decades. Unfortunately for Jesuit students, he will be leaving us this year, retiring at the conclusion of the school year.

Mr. Lorenc attended Jesuit from 1969 until 1973. He was a well-rounded student and an involved athlete.

After graduating from the University of San Francisco, Mr. Lorenc made his way into the Peace Corps, where he discovered a desire to teach and coach.

“I found a passion for teaching and coaching in Sri Lanka in a Peace Corps stint from 1983 through 1986,” Mr. Lorenc said. “I taught British Literature, Creative Writing, and Rhetoric at St. Michael’s College, Batticaloa, Sri Lanka. That soon changed as a war broke out my second year there.”

Ever since then, Mr. Lorenc has been able to help students find their own passion for learning, challenging students to become lifelong learners.

As retirement approaches, Mr. Lorenc fondly remembers his time at Jesuit and plans to stay active during his retirement.

“Emphatically, my main highlight has been working with the many incredible colleagues as I move into trying to finish a novel and traveling extensively,” Mr. Lorenc said. “In fact, this summer I will spend two and half months cycling through Finland, Sweden and Norway before attending a cousin’s wedding in London.”

As Mr. Lorenc leaves, teachers, students and athletes alike will all be adapting to the loss of a remarkable man, coach, and teacher.

“The retirement of Mike Lorenc is a huge loss for the English Department and for Jesuit High School generally,” said Mr. Hornback. “He is one of the most intelligent and intellectually curious people I have ever known. […T]he breadth and depth of his knowledge and personal experience are truly remarkable. Fortunately for us all, for the last 31 years, Mike has devoted those gifts to the betterment of the learning community at Jesuit.”

Mr. Lorenc departs Jesuit wanting to express his tremendous gratitude to everyone who has helped him along the way.

“Lastly, I can’t even express how fortunate I have been to call Jesuit High School my second home for well over 30 years,” Mr. Lorenc said. “All the Jesuits who taught me, those I learned from when I first started teaching, and all my incredible generous colleagues! To work with such great people who inspire me to be better as teacher, coach, and moderator. I am blessed. Looking back, I can’t imagine doing anything else as a career.”

Mr. Lorenc has witnessed 30 years of Jacob Lane’s ever evolving community, contributing his own talent and career in service to every student that crossed the threshold of his classroom.