Beyond the finish line 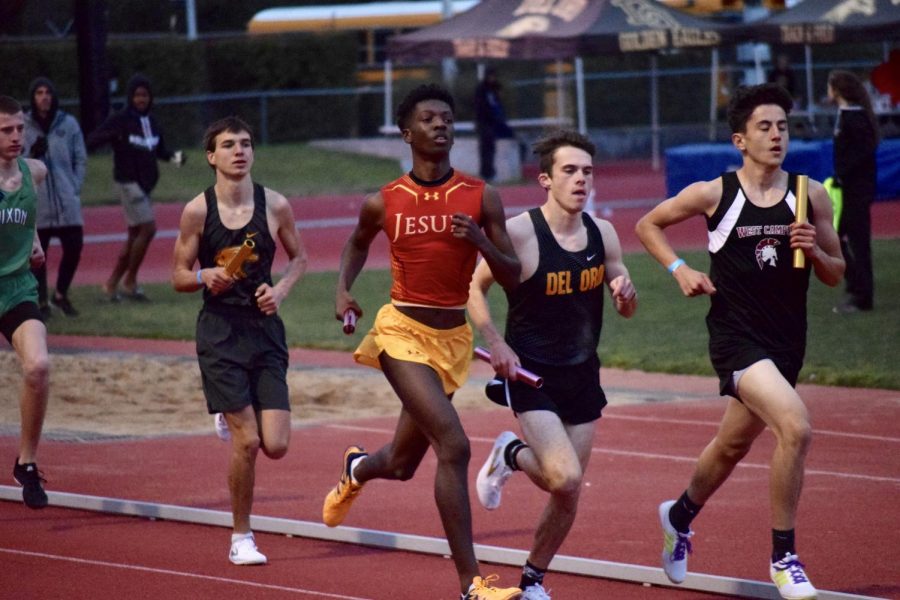 A Division I committed athlete for cross country and track & field as well as the current president of the Black Student Union, Gabe Lovely ’19 has sprinted past where most students would stop, and he’s not stopping any time soon.

Gabe decided join Jesuit High School’s track & field team during his freshman year, but he didn’t solely focus on running until he realized his potential to compete at the collegiate level.

Gabe joined cross country as a junior in order to deepen his focus on running. Ultimately, cross country and track & field have shaped Gabe over the years.

“Jesuit cross country and track & field have pushed me to become a faster runner because of the high talent on the team,” Gabe said. “My team has influenced me to train harder and faster to become the runner I am today.”

According to Coach Nick Lai, one of the cross country and track & field coaches, Gabe developed exceptional aerobic strength and speed from years of playing soccer, which he then transferred to track & field in order to succeed in the 800 meters as a newcomer.

Cross country was a different matter. Though Gabe scored in multiple races, he endured a hip injury halfway through the season which took him out of the running for the rest of the year. He would have to wait until his senior year to start contributing to Jesuit’s cross country team again.

“This past cross country season, he competed on varsity every race and helped Jesuit win a section title and place fifth at the State Meet,” Coach Lai said. “In track, he has been able to score points in multiple events to help Jesuit take the league titles the past two years.”

Gabe is a leader off the track as well. Over his four years, he involved himself heavily with Jesuit’s Black Student Union (BSU), focusing on their visual identity by designing their logo, apparel and even yearbook pages.

His involvement in BSU paid off too. Gabe is the current BSU president, and the club’s moderator, Educational Technology and Information Commons Director Mr. Jordan Brown, has noticed how his contributions to the club go beyond its branding.

“I see how Gabe is a leader amongst his peers in the BSU and on the track field,” Mr. Brown said. “He shows that students can have multiple identities (BSU and track) and different types of friends. I think Gabe embodies the open to growth, intellectually competent, and committed to doing justice [characteristics of the graduate at graduation].”

Gabe will continue his involvement in running and BSU in his college years. He plans to commit for running cross country and track & field at the Division I level in the fall at the historically black college and university, Jackson State. But with how he far he’s gotten, there is no doubt he will continue to cross many more finish lines in the future.