Man Behind the Team 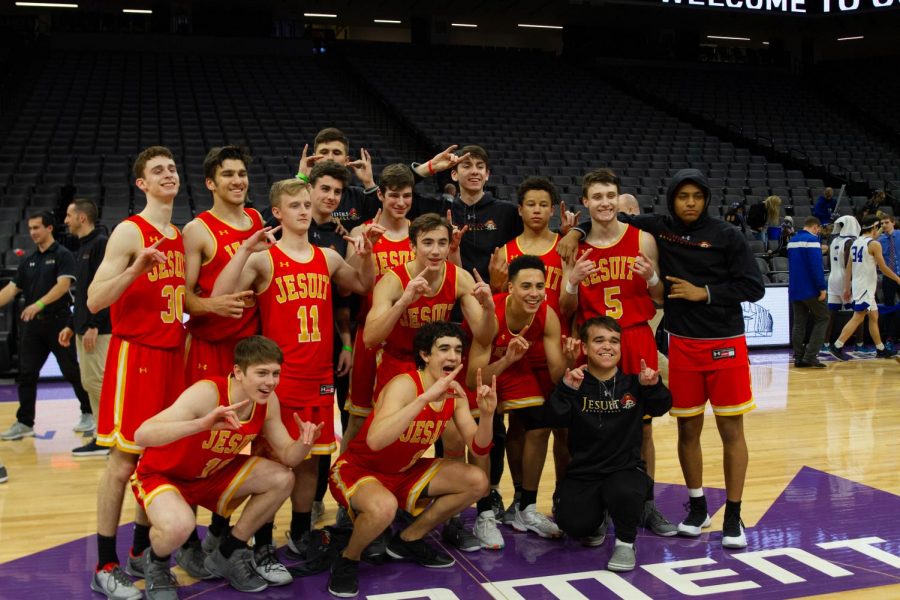 Every student knows about Jesuit High School’s sports and their outstanding players, but rarely do we hear about what happens behind the scenes.

For the last three seasons, Tommy Phillips ’19 was a manager for the Jesuit basketball team, working behind the scenes to make sure all practices and games went smoothly.

Tommy is certainly a recognizable face around Jesuit and is a student that you always find having a fun time. Tommy admits that Jesuit has helped him in becoming the man we see today.

“Jesuit has made me more of an outgoing person and being able to be more confident in myself and being able to do a lot more public speaking,” Tommy said. “Jesuit has offered me a work ethic focused on being on time, and I think it will lead me to a career down the road and being a good role model later on in life.”

Those who have been close to Tommy for a long time have seen his confidence displayed on the court during Jesuit’s basketball games. Sam Daly ’19 recalls some of these moments.

“In my three years with Tommy, from JV through varsity, many moments were great, such as him getting the team hype for the game by dancing in the huddle before every game during our junior year and his jokes and constant laughter throughout the years,” Sam said.

Even though Tommy was out on the court hyping up the basketball team, his real job usually went unseen to the majority of basketball fans, but coaches and players felt his impact on the team and their success.

“Tommy has played a vital role in the behind-scenes work for basketball practices and games,” said Coach Jay Nacionales. “Some of the behind the scenes work included: practice set-up, running the clock during practice, packing travel gear [and] equipment for away games and filming games. The work performed by the team managers goes unnoticed at times but plays a vital role in having efficient practices and preparing the players and coaches for games.”

As a team manager, Tommy found himself in a leadership position.

“I see myself leading the way,” Tommy said. “I think leadership can play a big role here. Our team this year was a lot younger. We had a lot of sophomores, and I was influenced by all the seniors last year so I just want[ed] to leave a positive influence on them.”

Tommy’s work may often be overlooked by outsiders, but he was essential in the growth of Jesuit’s basketball teams over the past three years. Tommy is a great example of a student who works diligently without the need of the spotlight.