Life on and off the pitch 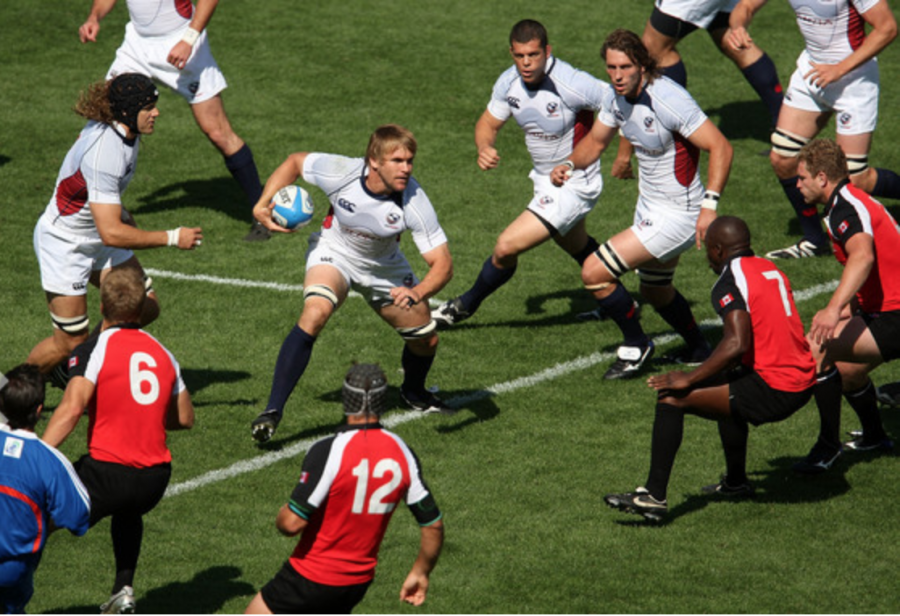 With eight national championships, Jesuit High School’s rugby team is one of the most reputable sports programs on campus. Mr. Kort Schubert ’97 is one of the first trailblazers of Jesuit rugby.

During his time at Jesuit, Mr. Schubert was involved in rugby, football and basketball. However, rugby was his main focus, and his impact was crucial, considering the program was new at the time.

“My fondest memories of Jesuit rugby center mostly around being a part of the first ever Jesuit varsity rugby team,” Mr. Schubert said. “Establishing that program, especially knowing how successful it has become over the past 20 years, was special.”

After his success at Jesuit, Mr. Schubert would go on to play for UC Berkeley, winning five national championships. Having such success in college led him to represent the United States at the 2003 Rugby World Cup in Australia.

“Playing for the USA national rugby team was one of my greatest accomplishments,” Mr. Schubert said. “I was fortunate to be captain for a few seasons, which is probably the peak accomplishment in my rugby career.”

Having an extensive career in rugby, Mr. Schubert has plenty of expert advice to offer to future Marauder rugby players.

“A high school athlete looking to play college rugby should focus on core rugby skills – passing, catching, tackling, and evasive running, etc,” Mr. Schubert said. “These are skills that every player has control over, meaning that they don’t necessarily need to play an actual game of rugby to improve.”

Besides the opportunity to play professionally, rugby has guided Mr. Schubert to other places of happiness off the field.

“In life, some of my greatest achievements are being accepted to UC Berkeley, meeting my now wife Taylor while at UC Berkeley and the births of my children Chase [who is  6] and Sloane [who is 3],” Mr. Schubert said.

Mr. Schubert’s achievements, on and off the pitch, have made him into the father, husband, and man he is today.