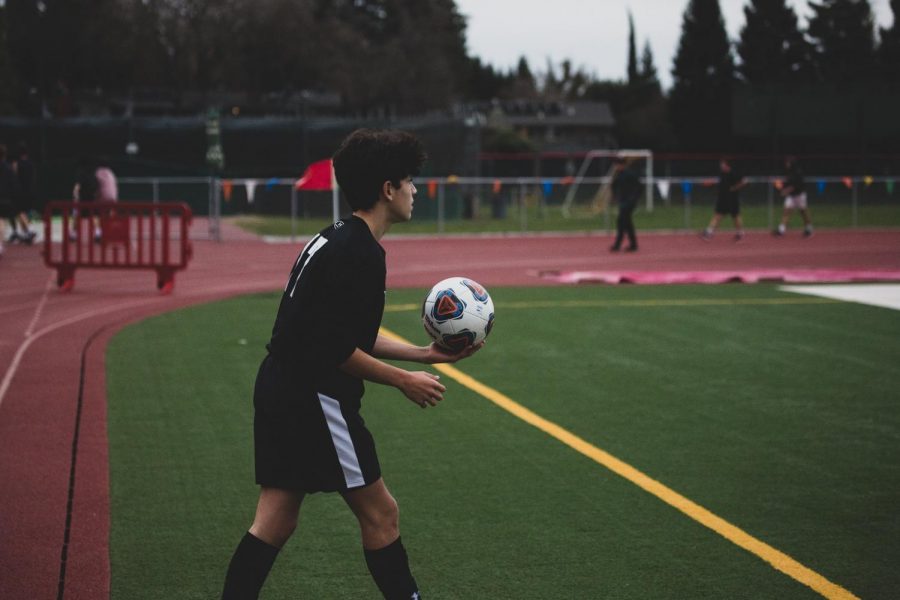 After such a victory, the team looks to repeat its success in the Sac-Joaquin Section Championships. In round one, Jesuit will battle Joseph A. Gregori High School from Modesto.

Despite being seeded much lower than the Marauders, the Jaguars are coming off a 4-1 victory over Enochs High School and will certainly be a challenge for Jesuit.

The Marauders have spent the season gearing up to play for the section title. Forward Brian Norris ’19 described how the team has been preparing.

“We’ve mostly been working on moving the ball around and not dribbling as much and basically combining this to finish our chances [on goal],” Brian said.

“We’ve been working on better ball movement and better combination play,” Mr. Rose said. “We are at our best when we are not dribbling so much and when we are putting a lot of passes together and that’s what we’ve really been emphasizing for the last month.”

With the season on the line, Jesuit needs to put what they have been practicing all together for the upcoming games, which requires the team to coordinate with each other. Fortunately, according to Cole Barrett ’20, the chemistry is already there.

“The season has been really good and I really like my teammates, so we’ve really found this chemistry that wins us games,” Cole said. “We’re hoping to go into playoffs with this chemistry.”

If the Marauders win, they will face the winner of the Tokay-Davis game, which would take place on Thursday, February 14. As no games have actually been played yet, it is difficult to determine who the Marauders will play after, but the number one and two seeds are Turlock High School and Pittman High School.

Come and support the Marauders at home as they take on the Jaguars on Tuesday, Feb. 12, at 3pm.