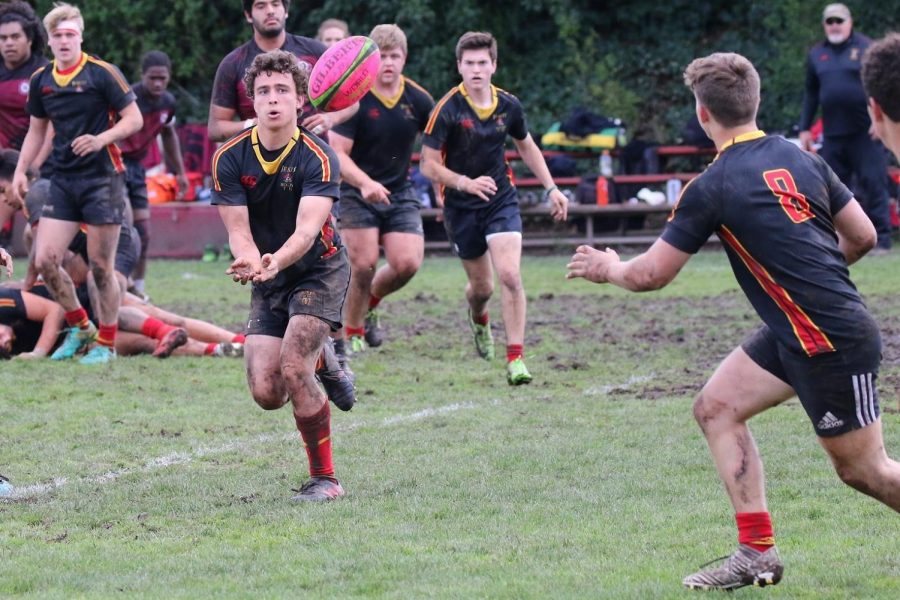 In the coming season, the Jesuit High School rugby team will strive to add to the legacy of Jesuit rugby. They are looking to win the state championship along with the national championship, having fallen short last year in the semifinal and placing third overall.

“Everyone wants the national championship, and we’re just going to keep working towards that.”  said hook George Henry Miller ’19. “We have lost a lot of talented players but have gained a strong core of leaders and guys who have come ready to work.”

This year’s team has a lot of new talent and a large number of athletes who have stepped up. Teammates have been consistently hitting the weights and building a strong chemistry in preparation for the demanding and hard fought season ahead.

“I’ve learned a lot about how to be a leader over the years and how to be there for your teammates during the ups and downs,” said fly half Max Schumacher ’19. “Being one of the top ‘hogs’ this year, I feel our team chemistry has really strengthened and [it] will come easy to play with one another.”

Jesuit rugby has always been a tight-knit group of young men, and this year is no different. With the season shortly on its way, the team is very anxious to hit the field.

“Leadership is the foundation of our success, and so long as we have a team full of young men who are willing to perform their role to the best of their ability and lead by example, then we will have the makings for a team with great chemistry,” said Lou Stanfill, assistant coach to the varsity team.

With high aspirations for the upcoming season, Coach Stanfill has confidence that his guys will step up and lead by example for newcomers. Having always followed the words of discipline, honor, and integrity, this year’s Jesuit rugby team will strive to stay true to these morals.

Come and support the Marauders as they play their first match of the season on the road against Elsie Allen High School at 2 p.m. this Saturday.