Open season on the Grizzlies 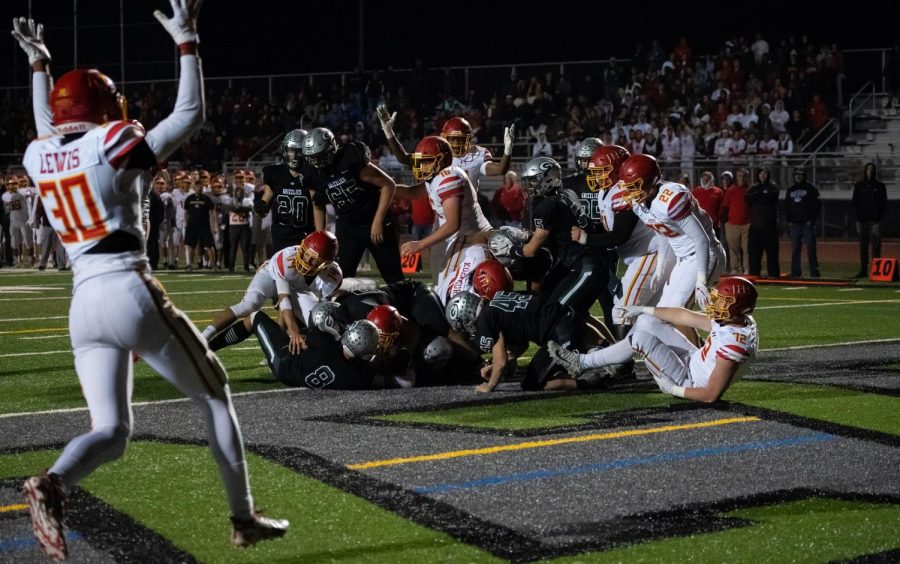 “Going into the game, I felt like we were well prepared to play them and beat them,” said defensive tackle Logan Carter ’20.

Running back, cornerback, and Notre Dame commit Isaiah Rutherford ’19, who did not play in the first game between the two teams, decimated the Granite Bay defense, finishing with three touchdowns and 246 total yards.

The Jesuit defense also held strong, preventing their opponents from scoring. Defensive back Cade Cunningham ’19, linebacker Laiatu Latu ’19, and linebacker Cade Brownholtz ’19 led the defensive effort, finishing with 16 tackles. Cunningham also intercepted a pass and returned it for a touchdown.

“Going into the game, our team had a better prep week than the first time playing Granite Bay,” said Coach Jonathan Isaac. “I knew that they were going to execute their assignments and play with a little more passion.”

The Marauders were able to remedy some of their mistakes from the last time they played Granite Bay, finishing with no interceptions and only one fumble, a stark contrast to the multi- turnover effort in the first meeting between these teams.

“I have noticed a trend in Jesuit Football,” said lineman Daniel Kohagura ’19. “We always play our best football at the end of the year.”

Jesuit’s next game is against the first seed Del Oro High School Golden Eagles. The game is on Friday at 7 p.m., at Del Oro. Come out and support the boys.