Taking on the Timberwolves 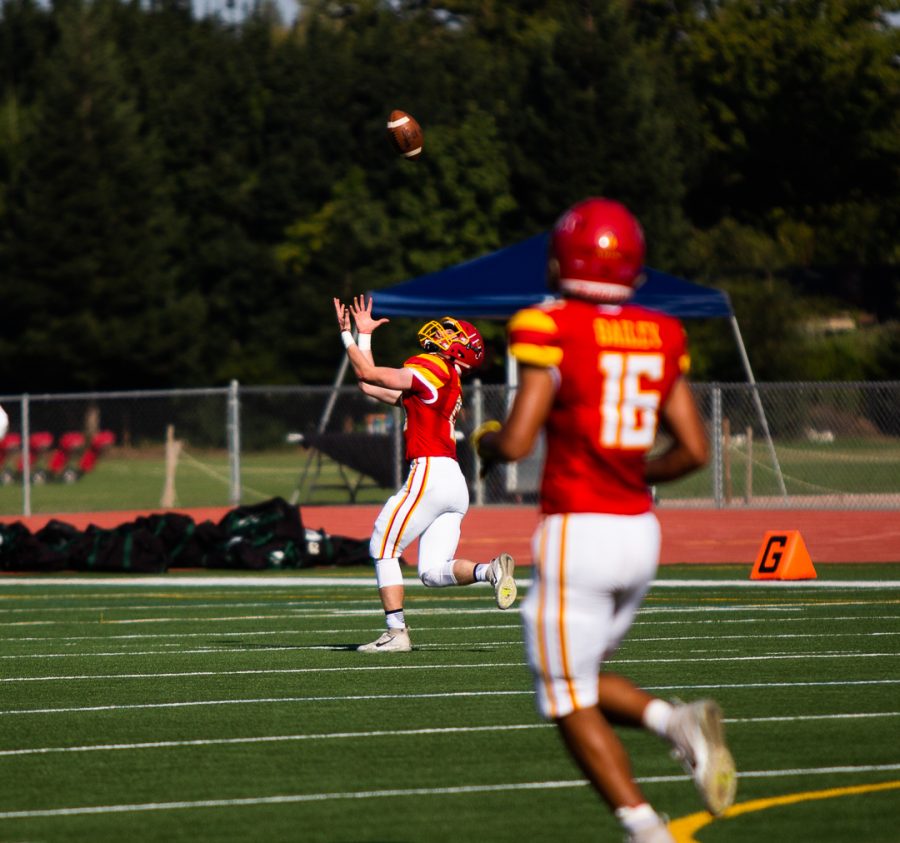 This Saturday (Nov. 3) the Jesuit High School Marauders varsity football team will battle the Woodcreek High School Timberwolves in the first playoff game of the season.

The energy will remain high throughout the entire game as both teams enter the game with a 7-3 record. However, Coach Jonathan Isaac shares some concerns for the team.

“I think we are finding an identity as a football team,” said Isaac. “We have occasional lapses in judgment when it comes to scheme and behavior — all things that we need to work on.”

In spite of this, the team knows its weak points and feel prepared for the game.

“After our last couple games, I feel like we realized some things we had to work on, but we have been improving them and will definitely be ready to go for the first playoff game,” said linebacker Grant Flesher ’20.

Woodcreek will be no easy win, and the Marauders will have to play hard if they want to advance in the playoffs.

“We all know not to underestimate anyone, so we will need to keep the energy up and fight the whole game,” said tight end Akili Bonner ’19.

Offensive lineman Aidan Goveas ’20 agrees that this won’t be an easy fight.

“Woodcreek is a good team,” said Aidan. “We’ll definitely have to fight for this one, but I think our chances are very good.”

With the playoffs finally starting, Jesuit needs all fans to come out and support the team as they fight to advance in the brackets.

Come out and support the Marauders at home in their battle against the Timberwolves at 1 p.m.