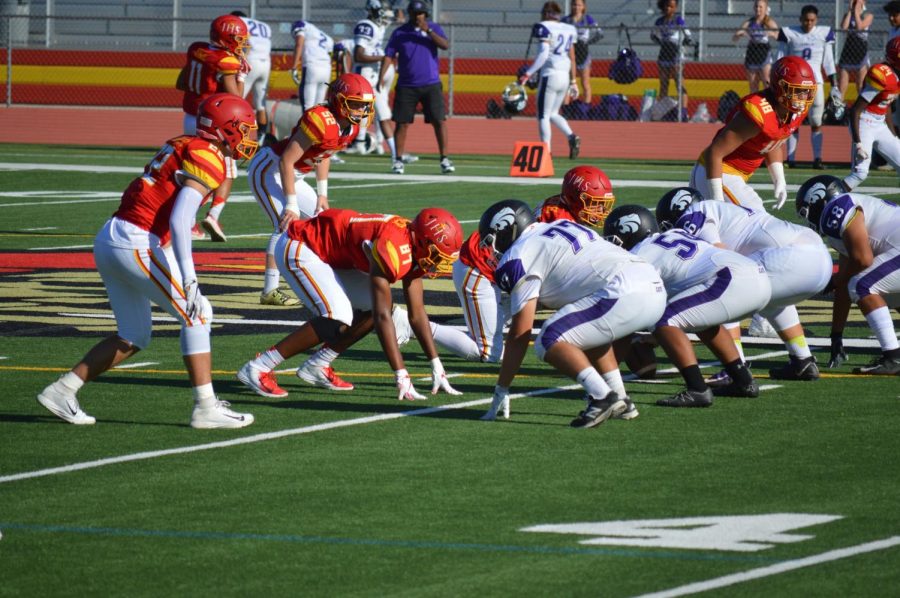 Jesuit extended their winning streak to three games beating Franklin by a lopsided score of 42-7.

Jesuit’s offense was on full display as they scored six touchdowns, but it was Jesuit’s performance on defense that made the difference. Jesuit Linebacker Laiatu Latu ’19 played a major role for Jesuit’s defense as he had nine tackles and two sacks.

Instead of celebrating the win against Franklin, Laiatu wants his team to get ready for the next opponent right away.

“We need to forget about this win and focus on the games ahead,” said Laiatu.

During the game, a few players made their return after previous injuries. Lineman Carlos Lopez ’19 came back after sustaining a painful injury against Folsom High School.

“It was a good experience to be back on the sideline with my teammates, and everything just felt good to me,” said Carlos. “I felt like I was where I was supposed to be.”

Running Back Jackson Canaan ’19, who is out for the season after getting injured against Folsom, was also cheering his team to victory.

“The best part about the game is that we are back to our winning ways,” said Jackson.

Jesuit needs to continue their strong play if they want to extend their streak. The team faces off against Cosumnes Oaks High School at COHS on Friday.