Ending on the right track 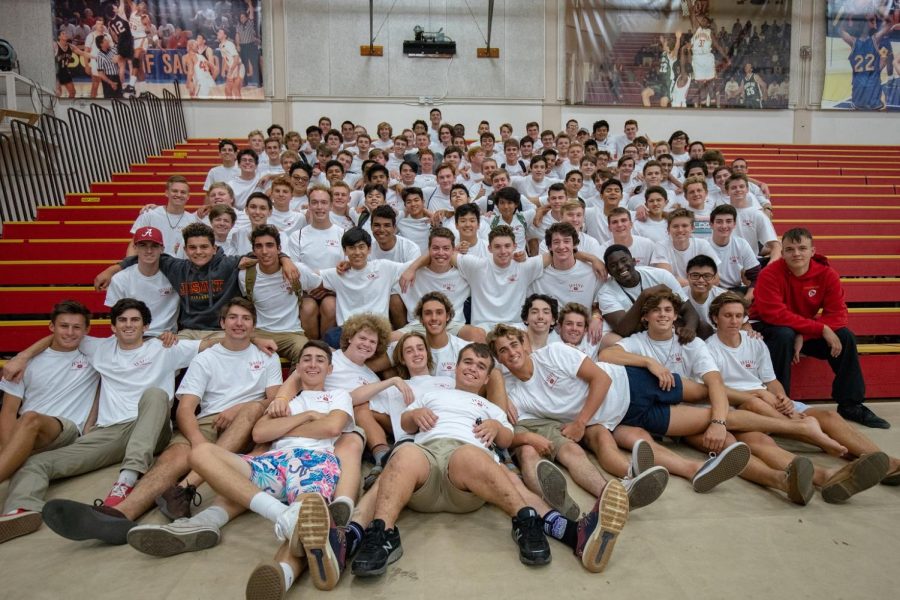 [Because the activities at Jesuit retreats are supposed to remain confidential, The Plank will refer to them as vaguely as possible]

On August 25, 2018, the freshman class embarked on the Jesuit High School Freshman Overnight Retreat where they would be guided by their Big Brothers. Each Big Brother has 1-3 freshmen assigned to them for the entire school year. These Big Brothers are the catalyst for  change in these young freshmen, turning them into Jesuit’s Men for Others.

As the 30th Annual Frosh Overnight approached, Big Brothers were ready to go full circle with the retreat. Many seniors remember their experience during Freshmen Overnight, and most memorably, their own Big Brothers who inspired them.

“My freshman year, I had a great experience with my Big Brother,” said Gabe Rogers ’19. “At the overnight, he really opened up to me. I thought it was my first experience with the brotherhood.”

Being a Big Brother is a difficult job for a senior. It’s not just about being there for one’s freshmen little brother, but also showing them how to act like a man for others.

“I just saw it as being there for your little brothers and being a role model,” said Jack Mumm ’19. “And not just being helpful around campus, just being someone that they can talk to for anything.”

Their new perspective on Freshmen Overnight has changed within their three years at Jesuit.

“It’s a lot different when you’re a Big Brother,” said Patrick Stodden ’19. “You get a lot more out of it because you don’t really understand the gravity of [Freshman Overnight] as a freshman.As you get older, you’re able to draw more from it, and you’re also able to apply the things you learned.”

Their experience on Freshman Overnight inspired the current Big Brothers to teach their little brothers how to be a Man for Others, and hopefully future Big Brothers will follow in the footsteps of their mentors.