Story: Scientists build underwater robot to save their organization from financial downfall 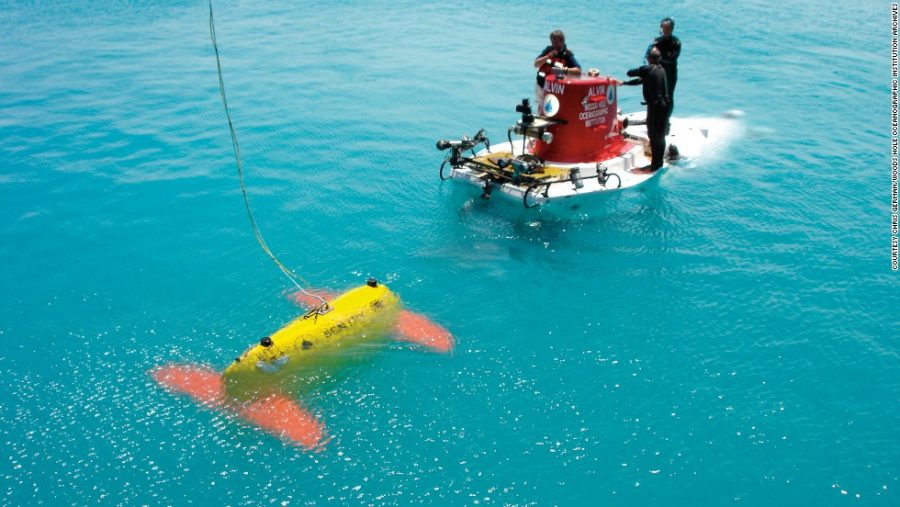 The original transcription with information for an article about Jesuit robotics did not work as expected. Since campers, then, could not write an article with inside information on robotics, it was decided that they should write an imaginative story (albeit, fake) with the remote operated vehicles that Jesuit has made as inspiration. Please enjoy:

SpaceX launched a Falcon 12 rocket and made a successful mission to Mars. From there, they acquired a substantial amount of Martian rocks. On the return mission during the landing stage, the ship malfunctioned and crash landed off the coast of Hawaii.

During the aftermath of the incident, SpaceX went through a financial downturn, as they were counting on the Martian space rocks to sell them to the Air and Space Museum.

To save SpaceX, a team of scientists created a robot known as Megalodon (Meg). It’s task was retrieve the Martian space rocks from the underwater capsule approximately 5,000 feet underwater.

“I have never been more confident in any other robot or machine I have ever created,” said Dr. Doofenshmirtz.

Once they finished the robot, they decided to test if it could withstand tons of pressure. The scientists took out all of the electronics, leaving only the waterproof parts outside. From there, they made an airtight seal and formed a complete vacuum, which simulated the high pressure environment of the deep sea. The robot passed the test.

After sailing out to the pacific, the scientists decided to send the robot down. After some time, they had realized that a problem was afoot. Something had gotten caught in the rear engines. Luckily, the scientists had planned ahead and installed an arm just for a similar emergency, and, after successfully using it, they realized the debris was actually apart of the crashed shuttle.

After some quick math and calculations, they headed in the shuttle to collect the specimens. Soon they were were able to retrieve the heavy yet accessible SpaceX designed box.

Once the mission was finished, they brought the robot to the surface and got the rocks. The scientists then sold them for 17.5 billion dollars, and, with this money, they saved SpaceX from bankruptcy and even payed for their own vacation to Honolulu, Hawaii, where they watched the sunset and saw Mars from afar.