Defender reflects on the season 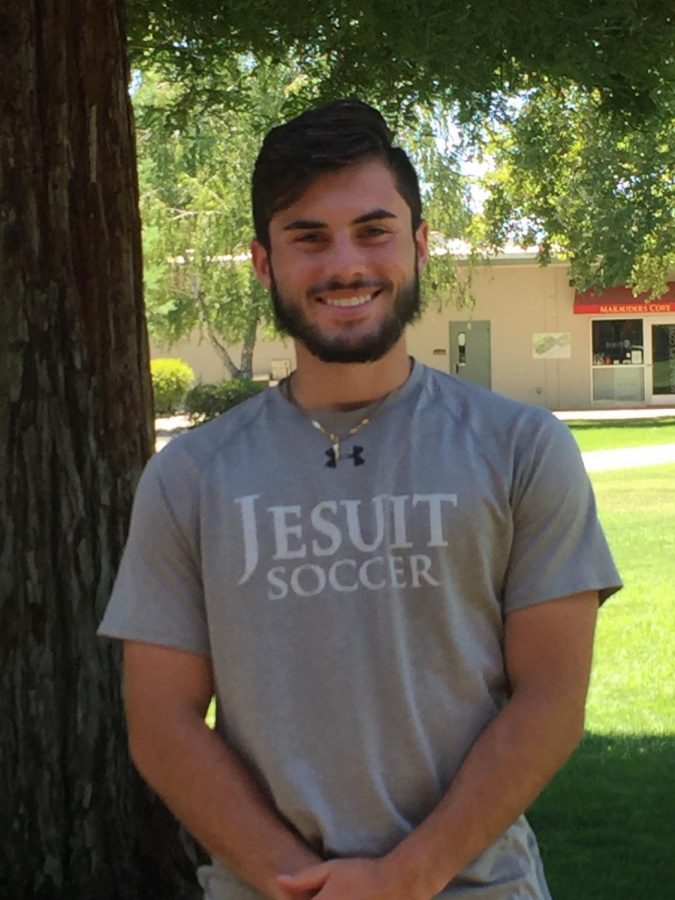 By their standards, Jesuit High School varsity soccer team started off slow last season, losing three games early on. For defender Grant Gini ’19, the low point of the season was the 0-1 loss to Folsom High School.

“It’s tough overcoming a loss,” said Grant. “So usually when we go out to practice, we practice what went wrong and how to do it right and try to do it right the next game.”

The team started working together after the Folsom game. A few games later, when they played against Pleasant Grove High School, they won 3-0.

“Once playoffs started coming around, we just picked it up,” said Grant.

Even though they weren’t able to win the semi-final game against McClatchy High School, Grant is looking forward to this year.

“For sure, we will totally have a successful season this year,” said Grant. “We will have a bunch of returning players and probably win the Season Cup.”

Grant started playing soccer at a young age and has some advice for kids around the age of 12 and 13 who want to play for Jesuit someday.

“Kids your age should just start getting stronger quicker,” said Grant. “That’s what coaches like to see on the field. And you should definitely work on technical skills, and then you’ll be set.”