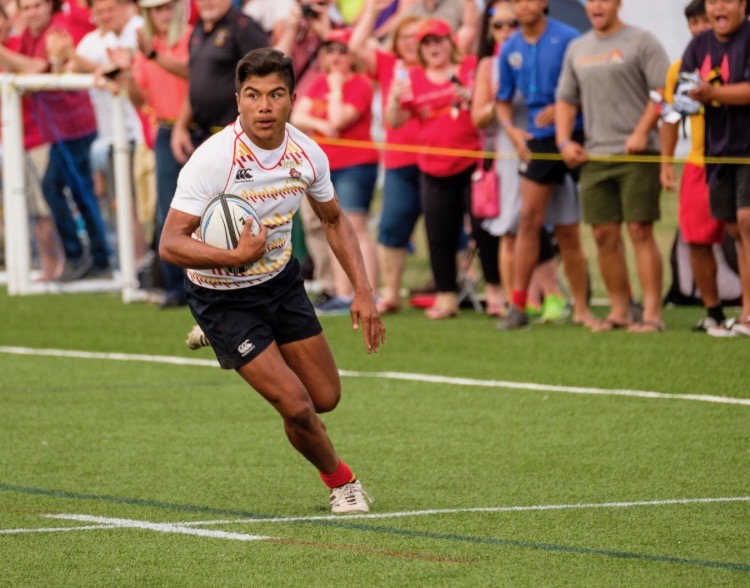 Devin Flores ’18, the safety and punter for the Jesuit high school varsity football team, brings a versatile level of skill to the team, no matter what position he is playing. But even with skill, playing football isn’t an easy sport. Cooperation is essential for every team, no matter who is on it.

“You have a lot of responsibility on the field as an individual, as well as team player,’’ said Devin.

Football is an important team sport for Devin, one that teaches players what it means to work together and do your own job for the team. At times working successfully is hard, but it works if everyone pushes through the tough practices and games for the team.

“Practices are terrible,” said Devin. “You do a lot of sprints at the end. One time, we had to run the entire field like 8 times. Sprints are pretty bad.”

But practice paid off, and, last season, the Jesuit Marauders went 7-0, placing 1st in the league. They did well in the playoffs, going 2-1, losing only to Folsom in the quaterfinals.

Flores had a great last season with four interceptions, all which he returned in total for 27 yards. He also punted the ball for 400+ yards, with his longest punt reaching 63 yards.

His biggest and closest game was against the Franklin High School Wildcats. It was on his senior day, where the graduating seniors on the team are celebrated before they leave. During the game, Devin had a interception, and Jesuit ended up winning 17-7.

Devin will not be playing football in college, but he will definitely be taking the skills he learned and memories he made with them as he leaves Jesuit and heads into a new school.