When the tough gets going 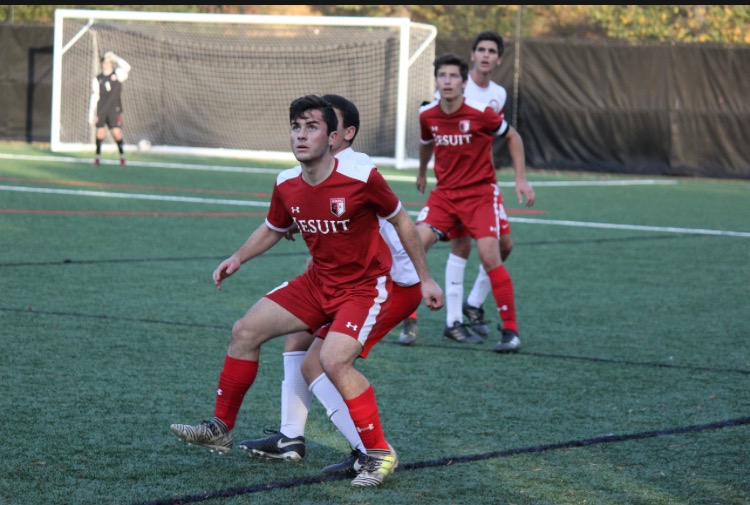 In the last game of the season, soccer star Grant Gini ’19 helped Jesuit High School’s varsity soccer team fight against McClatchy High School by playing strong defense. But even with their best efforts, they still lost 2-1.

“We should have used more communication and passing,” said Grant.

Losing the game was not matter though. Last season, they had a winning streak of 12 games. No matter what the score, Grant still appreciated being on the team because he enjoys the company of his teammates.

“I love the team, and we have a good team chemistry.” said Grant.

Even when the team loses, they all had positive attitudes, but Grant did not all the time.

“I have gotten a five game suspension for fighting once,” said Grant.

As the story goes, his teammate was in a fight and Grant went to help him, but instead he was sucker punched in the jaw. Yet, even being injured, he returned the punch, and the referee gave him a five game suspension.

The punch was not the only injury. He had gotten a torn meniscus, a sprained mcl, and he rolled his ankle multiple times. But Grant only kept going in the game. When they tied 2-2 against ToKay, for example, they went in to penalty kicks (PK’s). They won six to five in Pk’s. If  Grant wasn’t playing in the game, their team could have lost. He keeps going, even into the next year.

“We will totally have a successful season this year,” said Grant. “We will have a bunch of returning players and probably win the Season Cup. “