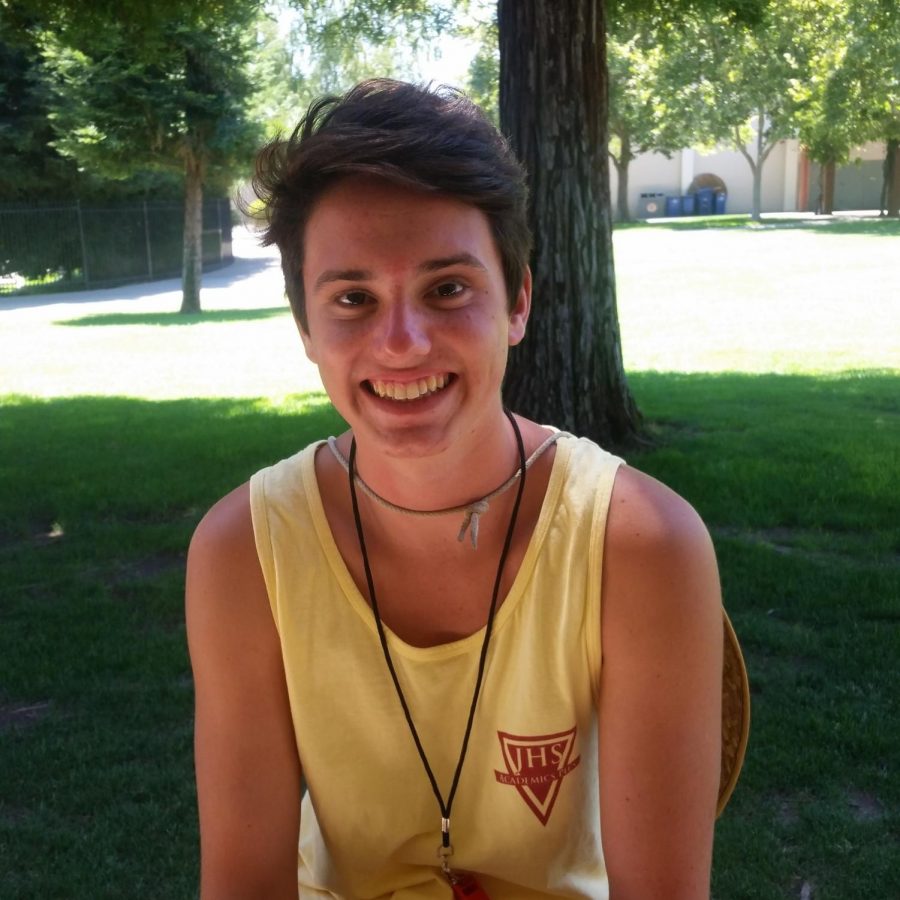 Jesuit High School varsity swimmer Adam Olsen ’19 has been swimming since he was four years old. Before Jesuit, he swam on a recreational team called the Arden Park Dolphins. Years later, he moved to the Glen Oaks Sea Lions and still swims there when the Jesuit season is out.

“I’ve always been a swimmer, and other sports died off while swimming stuck with me,” said Adam.

At Jesuit, he practices five times a week from 6-8 am. Their practices consist of swimming around 4000 yards, with sets that vary from 25 yards (one lap) to 100 yards.

“Conditioning is kind of hard depending on how you do it,” said Adam. “If you don’t try, it’s not that hard, but if you put in effort it can really whip you into shape.”

Adam does sets of core, leg, and arm workouts, which are essential for swimming because it demands that you use your legs to kick, your arms to pull, and your core to boost both. Adam models his effort after his idol, Michael Phelps, who has 28 olympic medals.

“Michael Phelps [is] an amazing swimmer,” said Adam. “And it’s crazy how he swims.”

Adam’s fastest time in a race was in the 50 yard freestyle, which he completed in 24 seconds. His favorite event to compete in is breaststroke.

“I’ve always been good at [breaststroke] while others have struggled so it has always been easier for me to compete in,” said Adam.

Adam’s highlight of last season was swim champs, where he got some of his fastest times while on the Jesuit swim team. But now he is looking forward to next season, where he can get faster and become the next Michael Phelps.