Competition and learning: one in the same 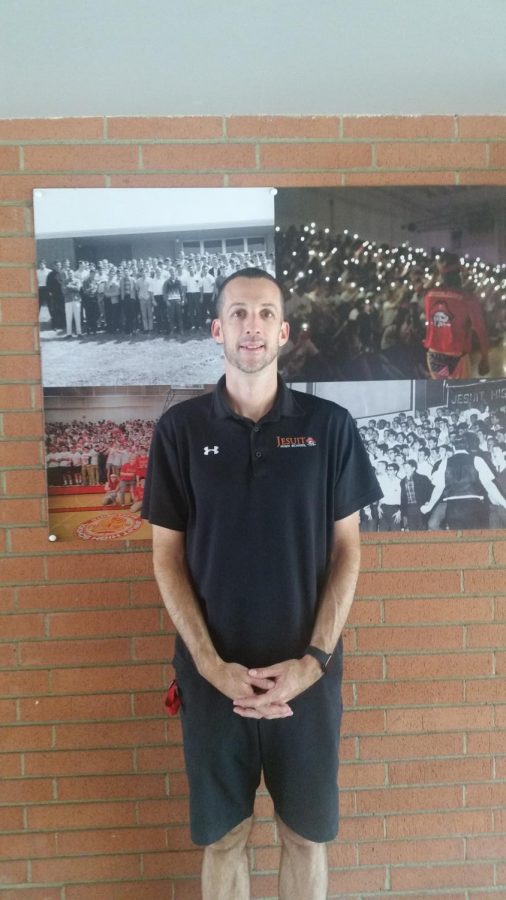 Coach Tim Kelly started coaching Jesuit High School basketball when he was 23 years old. He chose basketball because he liked how competitive it was, but also how it could be used to teach his players valuable life lessons.

“My job is to convince people that they can do more than they’re doing,” said Coach Kelly. “That’s not always an easy message to tell people because people don’t like to hear that  they’re not doing enough all the time. My job is too let them know that they are capable of doing a lot more.”

Coach Kelly looks for basketball players that always hustle on the court, players that have the determination to beat the other team.

“So there is an old quote by Bobby Knight,” said Coach Kelly. “‘Everybody wants to win, but not everyone has the will to win.”

And the team’s “will to win” comes into play against tough competition. The hardest teams that Jesuit faced last season were against Sheldon High School and Modesto Christian High school. The players were physically stronger and bigger than Jesuit. Jesuit lost to Sheldon high school by 57-60, and the second time they played they lost 58-63. Later in the season, they lost to Modesto Christian High School (54-67) in the playoffs.

“We need to find ways to be tougher,” said Coach Kelly. “And figure out ways to win basketball games when the other team is more athletic than we are.”

One of Coach Kelly’s strategies is to avoid running a lot of plays. He rather has his players improvise and make good decisions on the court. To follow that philosophy, Coach Kelly likes to run drills where players have to make their own decisions. And even though they weren’t the most successful team, players showed effort and persistence that stemmed from those drills. Coach Kelly, then, did teach his players valuable skills, both on the court and off the court.

“These guys were great; this is what we strive for at Jesuit,” said Coach Kelly. “They played hard and were competitive. They represented the school and family.”