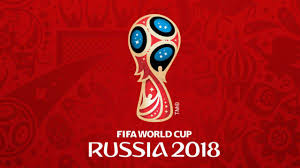 Imagine yourself on the green grass, breathing the cold air, and fans cheering for you. That is how the World Cup players feel. There is a lot of pressure going on in the World Cup and very high standards for countries like Argentina, Portugal, Brazil, Spain, Germany, and Mexico.

World Cup is a pretty hot topic among the Academic Plus program at Jesuit.  We expected 3-1 Argentina win against Iceland but Iceland put a strong defense and a smart offense. The game ended in a 1-1 draw.

Some teams have highered our expectations, like Russia. They had a 5-0 game against Saudi Arabia, making them a legit team with pro skills. Russia is a great team and is most likely to win against teams such as Argentina and Germany.

“For Russia, I think they are doing great as a team physically, mentally, and emotionally,” said Gio Bagatelos, a camper at the Academics Plus program.

But some campers chose other teams.

“I think Brazil will win it all; they are a good team all around,” said Conner McGuire, second period soccer fan at Jesuit.

The tournament has been very exciting, very surprising, and there is still more to come.