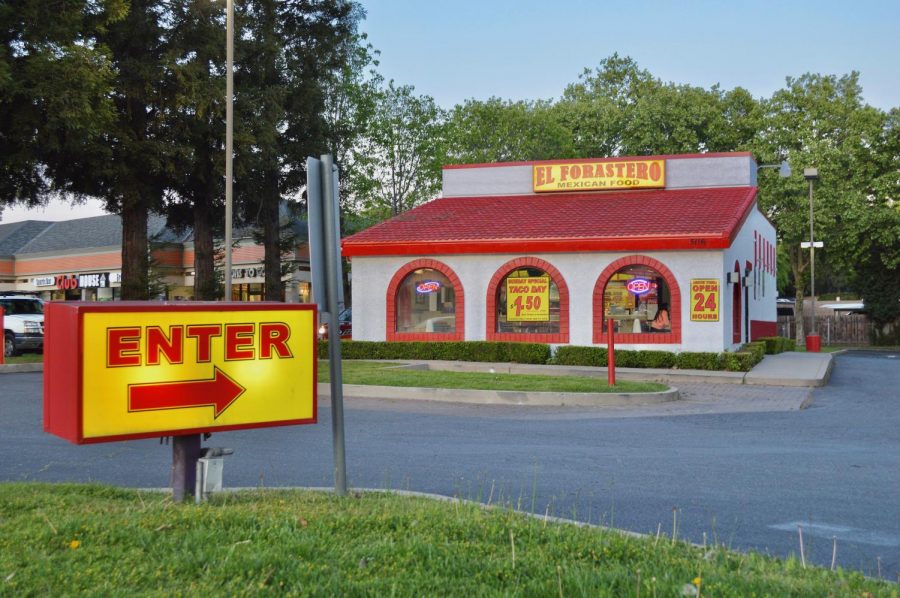 From the unindoctrinated eye of an outsider to the Jesuit High School community, the food establishments that surround Arden and Fair Oaks may seem run-of-the-mill. But as many Marauders have come to understand, these establishments are a staple of the student experience at Jesuit.

From their Freshman days of making a pilgrimage to Willie’s Burgers in the heat of the summer to their Sophomore and Junior years filled with El Forastero runs on late-start mornings, current Seniors fully appreciate the memories these establishments have provided over the past four years.

“Before we had cars, we walked,” said Ryan Miller ’18. “And now, everyone has cars so we can pull up in a car with six or seven guys and just munch.”

Just like owning a pair of Chubbies five-inch inseam shorts and carrying around an Igloo Playmate with a myriad of stickers from outdoor sporting companies are a hallmark of many Jesuit students, the same can be said for dining at the fine establishments situated on Arden and Fair Oaks.

“Circle K, McDonald’s, El Forastero, and Willie’s are such a huge part of being a Marauder,” said Sione Nauvai ’18. “Going there after practice or if you have a late start or early dismissal is something we have all done in the past four years. My personal favorite is Circle K. Nothing beats a Circle K slurpee.”

A meager drive from 1200 Jacob Lane will land a young man in the epicenter of budget eating and high sodium meals. These eateries are a premier location to observe the Jesuit brotherhood while off campus.

“For kids at Jesuit, these restaurants aren’t just where they have meals; it’s where they share meals,” said Francisco Perez ’18. “There’s undeniably something special about sharing a meal with friends and most of the time it’s not about the meal at all.”

Insight and knowledge are commonly learned from others, and often these cognitive fruits are shared over a table that bears aliments and drinks of the Earth’s plains and springs. As four years have come and passed, meals have been shared, and stories have been told. Together, these seniors have reflected at these greased up tables.

These men now dream of where they will journey to as their high school ordeals reach a conclusion. The fine eateries situated on the storied crossroads of Arden and Fair Oaks remain, patiently waiting for the next wave of Marauders.