Eye on the ball 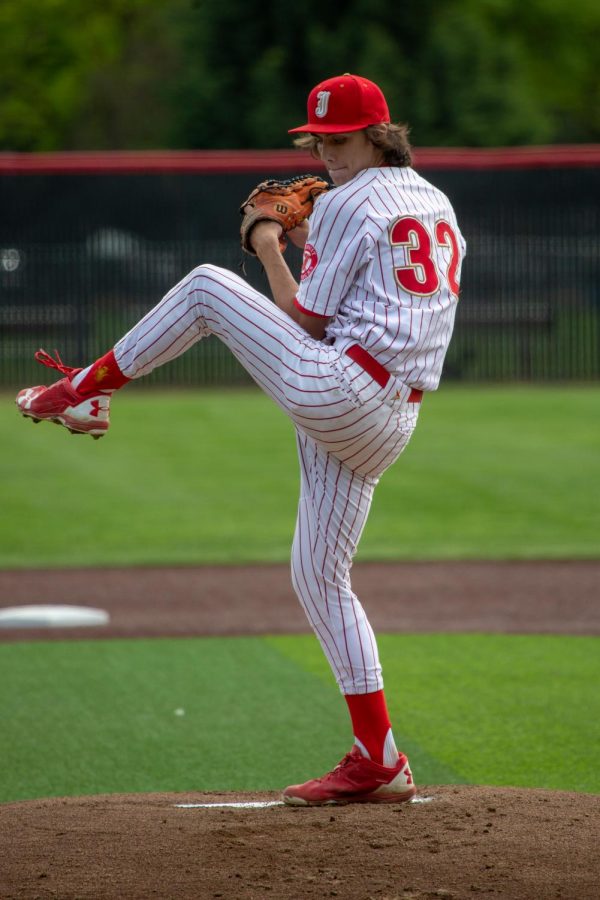 Cody Jensen ’18 is one of the more accomplished athletes in the Senior Class, having committed to Stanford University for baseball in the fall of 2018. Cody, who pitches for the Jesuit Baseball Team, has had a long journey which brought him to where he is now.

“I went to the Pepperdine camp before my Freshman year because it was a school that interested me and they ended up giving me an offer, which I initially accepted,” said Cody. “But a few months later, the coach left and went to Baylor. I liked the coach a lot so him leaving influenced me to decommit from Pepperdine.”

At the time, the aspiring pitcher felt like he was the one being thrown a curveball. It did not take long for things to change and soon enough his luck began to improve.

“Actually the same week that I decommitted from Pepperdine, I went to the Stanford camp, which I did really well at,” said Cody. “There, I received an offer from Stanford and that’s where I finally signed.”

Cody makes getting offers sound easy. In reality, a great deal of passion and dedication to baseball brought him to the signing table.

“He’s been playing baseball through every month of the year,” said pitcher Dominic Wall ’18. “It’s obvious that he devotes a lot more time than other players towards practice, training, and going to camps.”

His amazing athletic ability is not the only thing that made him desirable as a recruit. Cody’s experience and leadership abilities helped him stand out as a player.

“He is one of the best teammates in my time at Jesuit,” said Head Varsity Baseball Coach Joe Potulny. “As an athlete, he is a presence that other players look up to and he definitely fits the profile of the grad-at-grad.”

Cody is a model student-athlete. In addition to being an incredible player, there is an academic integrity which he must maintain in order to attend Stanford.

“There were requirements in terms of grades and test scores in order to get admitted to Stanford,” said Cody. “After I was admitted, they told me that I couldn’t get more than two B’s.”

Cody’s story is a perfect example of the work and dedication required to play sports at a collegiate level. His strong work ethic and leadership skills have set him up for success as a baseball player.