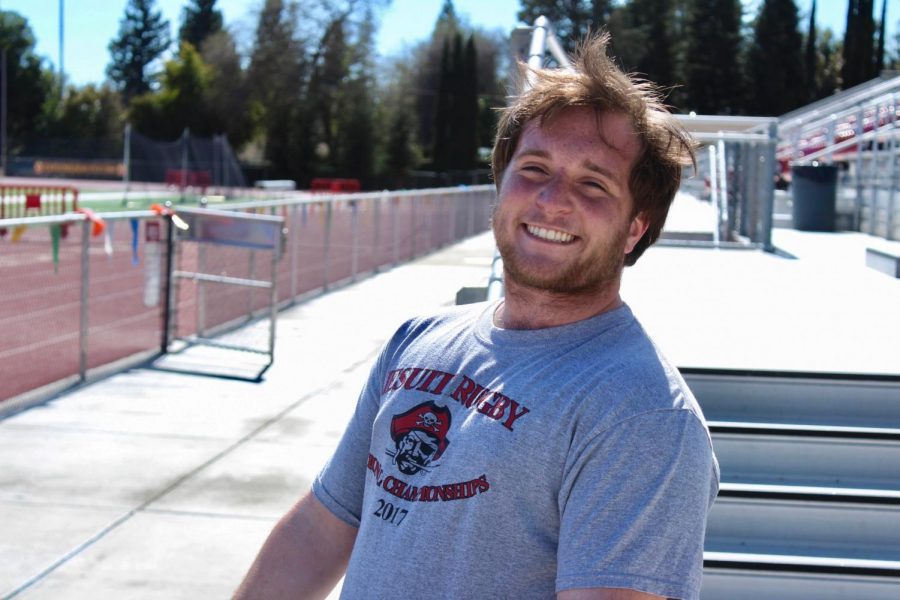 If you consider yourself to be socially active on the Jesuit High School campus, then you’ve probably met, or at least heard of, Sam Schwartz ’18. He is quite active within the Jesuit community as the current student body Vice President and plays for the Jesuit Rugby Team.

He is well known as a the Marauder with a heart of gold and can be seen constantly dishing out handshakes and general pleasantries to many throughout the halls. If you asked around campus about Sam, you would probably hear a common refrain:

“Sam is a goofy person with a fantastic sense of humor and an admirable character,” said Joe Marchant ’18.

Despite going through the stress of Junior and Senior year, Sam has managed to maintain a positive attitude and foster this reputation for himself as one of the nicest guys on campus.

“I try really hard to improve myself a lot, and with that comes attempting to be a genuine, nice person,” said Sam.

When he isn’t at school, Sam is an ordinary high schooler. He enjoys hanging out with his friends, watching movies, and playing video games. However, he does have unique interests.

“I write a lot; I love to write,” said Sam. “I am actually working on a pretty big screenplay right now.”

Throughout his high school career, Jesuit has helped Sam reach new heights as someone who respects and values the people around him.

“I think Jesuit has helped heighten my attitude, but it is not an easy thing to do,” said Sam. “Sometimes I have to push myself and put myself out there and struggle to be as genuine as possible.”

It can be seen in the faces of countless students that Sam has left his mark on them.

“Getting to know Sam over the past four years has been a highlight of my high school career,” said Max Sackett ’18.

Through his actions, it can be seen that whether he is working with student government or just shaking someone’s hand in the hall, Sam embodies Marauder values that each and every one of us aspire to embody.