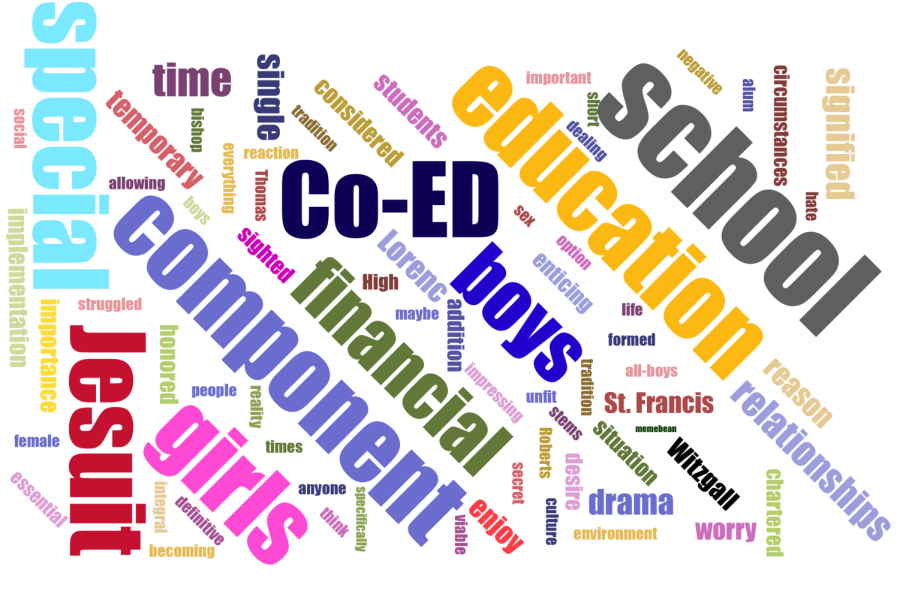 It isn’t any secret that Jesuit High School is an all-boys school. Yet, do students know why?

“I think that it has everything to do with tradition,” said Will Roberts ’18. “The all-boys environment is an integral part of what makes the school special.”

However, it seems that the single sex component of the Jesuit education stems from more than just tradition. There is a definitive reason for the school being all-boys.

“There was an initiative by parents in Carmichael at the time for creating an all-boys school in the community,” said the Assistant Principal for Curriculum & Assessment and AP Coordinator Mr. David Zielke. “If my history is correct, Christian Brothers [High School] back in the sixties was initially coed and only became all-boys when Jesuit alone was unable to fill the overwhelming demand for single-sex education.”

Although the demand for all-boys education was expressed, the catholic community needed further assistance.

“The parents, who desired the all-boys education, went to the bishop and asked him to charter the school in the area,” said alum and english teacher Mr. Michael Lorenc ’71. “The bishop then asked the Jesuits to form the school in Sacramento with [the Jesuit’s] typical model of education being single-sex.”

When students were asked if Jesuit would be better as a coed school, most gave a negative reaction, which signified that there is something special about going to an all-boys school.

“No, I would hate to see the school become coed,” says Lucas Crawford ’21. “Although it’s important to have girls in your social life, I enjoy that I do not have to worry about impressing anyone or dealing with the drama of high school relationships.”

But it seems that this situation will never become reality. Jesuit has always honored the importance of an all-boys education, even in tough times.

“There has been talk periodically by different people suggesting that Jesuit become coed, but nothing too serious,” said alum and chemistry teacher Mr. Thomas Witzgall ’98. “Even in dire situations or economic struggles, allowing girls into the school never seemed like a viable option.”

In short, the all-boys environment of Jesuit is an essential component to the school’s culture. Although the addition of female students might seem enticing to few, the implementation would be detrimental to Jesuit’s culture and way of education.