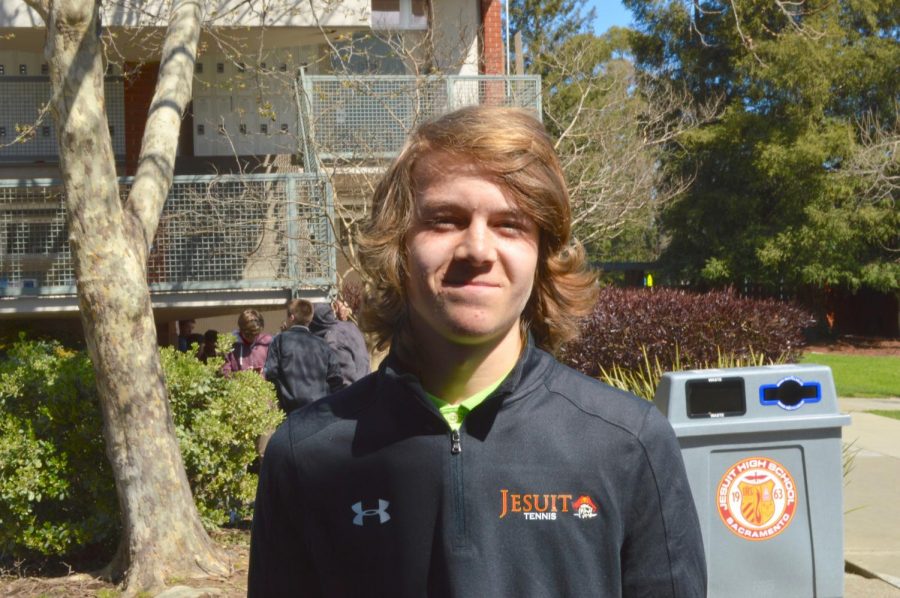 You might find Membean tedious. You might detest having to remember your minutes before the due date arrives. You might lament the app’s six levels, the laborious steps that remind you how many words you don’t know and how many more you still have to learn. Membean may seem like a daunting, vexing task, but Gage Biery ’20 finished all six levels — all 1826 words — in his first three semesters.

Midway through his sophomore year, Gage completed more 15-minute sessions (399) than a regular student would in three years (347 on average).

“Back when he did it, he did the prescribed 15 minutes a day, but he made sure to do it every day, even over holidays and weekends to the extent that it kind of pissed me off,” said Gage’s brother George Biery ’18. “It’s true that he leans more towards the humanities, and that he’s pretty good at English.”

According to retired English teacher Mr. Tom Shakely, who spent nearly 40 years at Jesuit, only one other Sophomore has done the same. Although Gage may not be the only Jesuit student to conquer Membean, he could definitely be the youngest.

But that’s not even the most impressive part. Skeptics may question Gage’s effort on Membean, surmising that he just pressed the “I Know This” button located at the side of the label. However, when asked if he had actually used it, Gage responded with a puzzled look and the following words: “Uh . . . what is that? I didn’t click that at all.”

Gage has apparently learned 1826 words without even skipping a single one. And if you’re still not convinced, Membean statistics confirm that his number of  “skipped words” is, in fact, zero. Gage definitely put in the work, and the effort has paid off.

Though you could see Gage’s achievement as superfluous, it is solely an example of true dedication, something we could all learn from for the future.