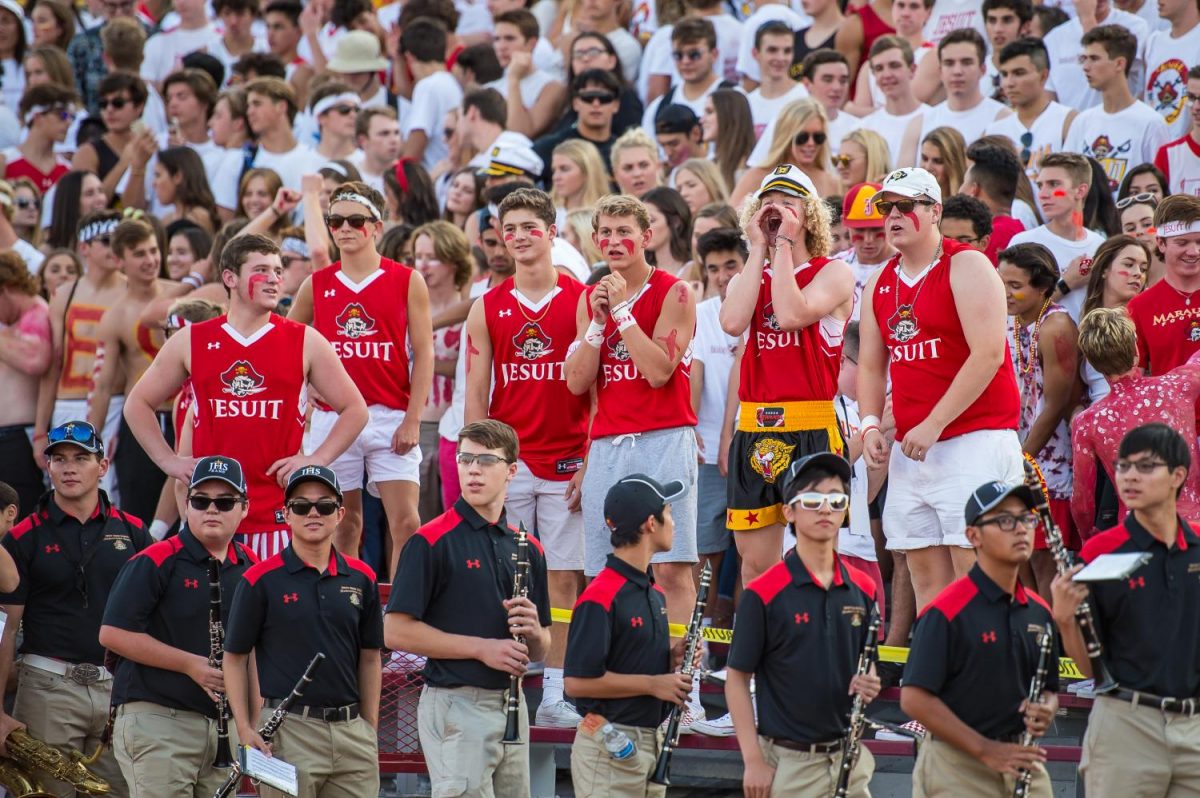 A deep chill came upon my body. I quickly jumped into David’s car and the two of us raced to the game.

This was a bad way to start the night. Granite Bay was 45 minutes away and our tardiness was guaranteed to cost us a prime spot in the Galley Crew.

We rushed to the game as quickly as the law would allow us, but our worries proved true: there was no room in the Galley Crew.

Unwilling to meet this fate, David and I were forced to develop a scheme which would get us the front row seats. So we walked up to the snack bar and asked, “How much water can we get for $20?”

We returned to meet 300 Jesuit and St. Francis High School students, dying in the heat, begging us to toss them a water. David and I headed straight for the front of the cheering section and distributed the waters.

As we maneuvered through the first two rows, we were able to create enough room to position ourselves in the front. Anybody who lost their spot was too afraid to call out the heroic waterboys for stealing their seats.

We were finally there, and the game was all that it lived up to. The energy was higher than anyone could have expected.

In the heat of the action I was screaming cheers that didn’t even make sense. At points, I yelled, “Show them who wears the pants!” and “There’s no parole from rock ’n’ roll!” As crazy as I felt, I was in good company with the other Marauders acting with the same energy.

By the end of the night, I had lost my voice and I didn’t even remember one play from the game. All of the cheering and heckling left me in a state somewhere between exhaustion and exhilaration.

The season opener lived up to the hype that students had been expecting. Even though Jesuit didn’t come out of the game victorious, no one left thirsty.