Driving into his final season 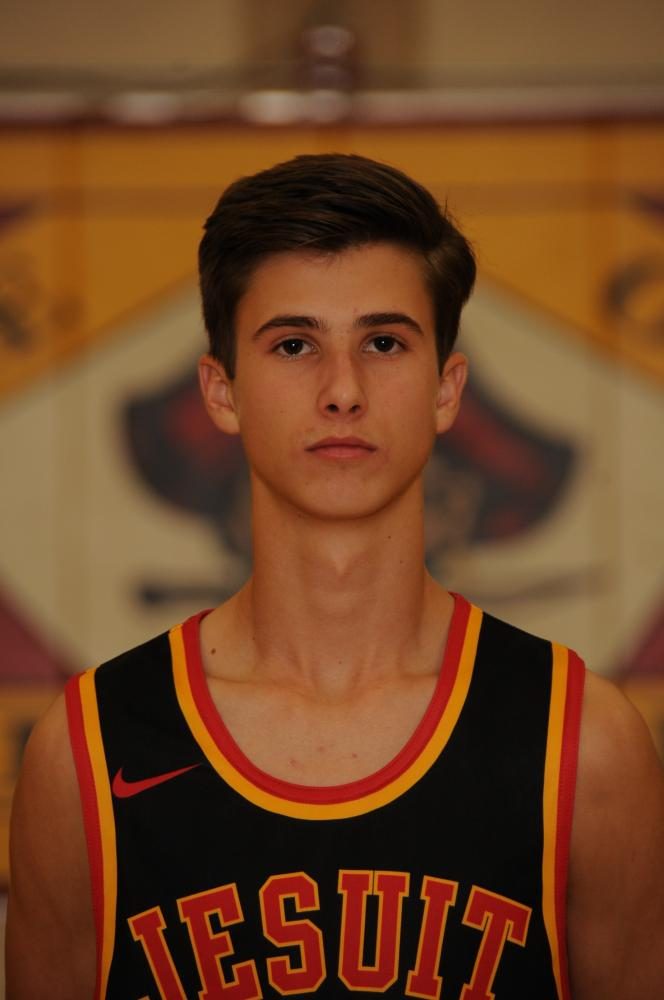 Casey Gilles ’18’s favorite memory from his 12 years playing basketball came last year in Jesuit High School’s rivalry game against Christian Brothers High School. They won 70-59 and Casey had nine points. After the game they were getting very excited and they were going crazy in the locker room.

“Our coach came in and he settled us down and all the sudden he took his clipboard and smashes it against his knee and it breaks in half,” Casey said. “Then we started yelling and screaming again.”

“I like the camaraderie and being with all my friends out there, so when we play we all go out there and win for each other,” Casey said.

There is also room for improvement. The team finished 15-13 this season and he also mentioned there will be mostly seniors and he feels they have the “gist” of it now and they can accomplish much more this upcoming season.

“I think we underachieved this season, mostly because we had some injuries and trouble playing together,” Casey said.

Casey thinks that he has improved a lot this season.

“I think I have improved a lot since the first week. I think my shot has gotten a lot better and I got a lot stronger because we have been doing a lot of weight lifting as a basketball team,” Casey said.

He has been playing basketball for twelve years, but isn’t sure if he will play in college.

“I want to focus mainly on academics, but if I ever got the chance, then that would be great,” Casey said.