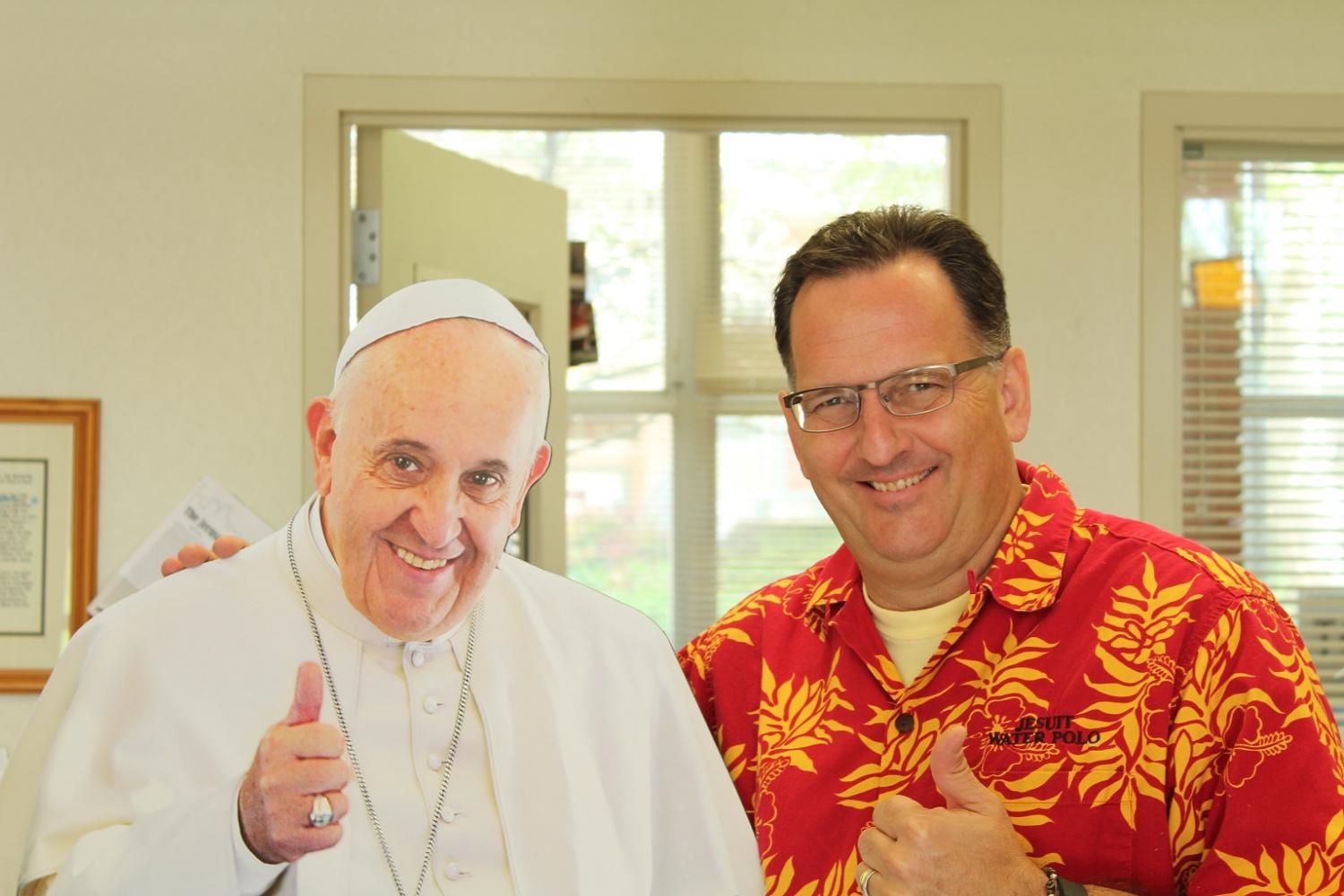 A fixture of the school community for over 20 years, Mr. Paul LeBoeuf first arrived at Jesuit High School in August of 1996 and immediately began working as the Director of Campus Ministry, replacing his predecessor Fr. Greg Miller, S.J.

Since his first arrival, Mr. LeBoeuf has vastly developed the campus ministry department in its activities on and off campus, impacting the lives of thousands of Jesuit students.

As a young man, Mr. LeBoeuf attended Mira Loma High School in Sacramento and studied at CSU Long Beach and CSU Sacramento as an undergraduate, earning a Bachelor’s degree in Human Resource Management in 1992. Four years later in 1996, Mr. LeBoeuf received a Masters of Arts in Catechetics from Santa Clara University.

At Jesuit, Mr. LeBoeuf oversees many of the school’s important ministry related events and class retreats. He is tasked with the organization of the Freshman Overnight Retreat and the supervision of the Kairos retreats, where he is able to guide and mentor the young men at Jesuit.

Mr. LeBoeuf also leads the Campus Ministry Advisory Team and the Faculty Staff Faith Formation, which are some of his other favorite tasks on campus.

“I really enjoy working with the other faculty-staff members at Jesuit on retreats,” Mr. LeBoeuf said.

After many years of dedicated service to Jesuit’s campus ministry, Mr. LeBoeuf continues to value his work with students and colleagues.

Thanks to his hard work and commitment, he has become an invaluable member of the Jesuit community as well as one of its spiritual leaders.