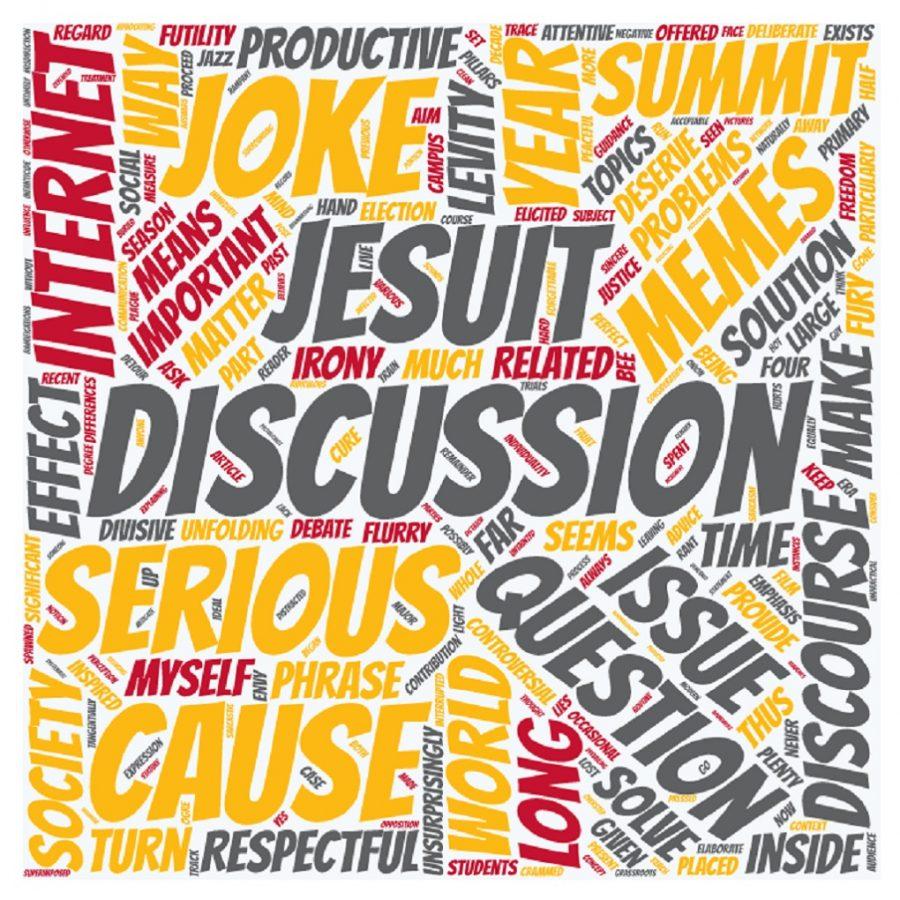 The year thus far has given much cause for discussion at Jesuit High School. The primary cause for this flurry of discourse was (unsurprisingly) the unfolding of a particularly divisive and controversial election season. Inspired in part by the fury and occasional futility of this debate, this year’s Social Justice Summit placed an emphasis on a productive yet respectful discussion on important issues.

While the summit offered plenty of advice for attentive students (its most significant contribution in that regard being the Four Pillars of Discourse), that guidance was not a cure-all solution. But it’s important to keep in mind that no perfect solution exists: as long as individuality and freedom of expression are present on campus and in society as a whole, there will naturally be differences to deliberate and problems to solve. And that means that there will always be ways to make communication more peaceful, productive, and effective.

Reader, to proceed with the matter at hand, I have a question to ask. A serious question that deserves your most sincere consideration.

If you’ve spent any measure of time on the internet in the past half decade or so, that previous turn of phrase most likely elicited a groan and possibly turned you away from the remainder of this article. Or you’ve never seen Steve Hickner’s rather forgettable 2007 film Bee Movie, leaving your perception of that phrase untainted by the various memes surrounding it (in which case I envy you).

And now I have interrupted myself and gone on a tangentially-related rant to the aim of explaining my own joke. The effect of this detour was immediate: my train of thought was lost, and my audience equally distracted.

In that process of misdirection lies a major fault of discussion at Jesuit. The internet era has spawned an elaborate network of inside jokes related to all topics, and they have set in on otherwise serious discussions like a plague. Making light of a serious subject to provide a degree of levity is by no means a recent concept.

The issue is that memes often overstep their reach; they have no boundaries. There seems to be a prevailing notion caused by their rampant proliferation that if a statement is made with any trace of irony or sarcasm, it can be crammed into any context, and it is also perfectly acceptable to do so.

This normalization of irony began with internet inside jokes but seems to have infected a large portion of modern discussion, both at Jesuit and in the world at large. We live in a time where The Onion can run headlines about infanticide without negative ramifications, in which offended parties are demeaned as a matter of course, and an inhumane dictator’s routine silencing of opposition and systematic brainwashing is buried under pictures of his face superimposed on the protagonist of UP.

Advocating a grassroots movement to mitigate the influence of memes on society is as impractical as it sounds ridiculous for someone of my stature. But what I can do is pose a few questions: do you consider the hurts and trials of the world with the levity (or lack thereof) they deserve? Are there instances an untimely joke or sarcastic remark from you has derailed a discussion?

I think anyone would be hard pressed to provide the “ideal” answers to these questions (“yes” and “no,” respectively). I certainly do not have a clean track record myself; I’m just a guy that believes that reflecting on our treatment of hot topics in discourse would go a long way to solving some of the world’s problems.