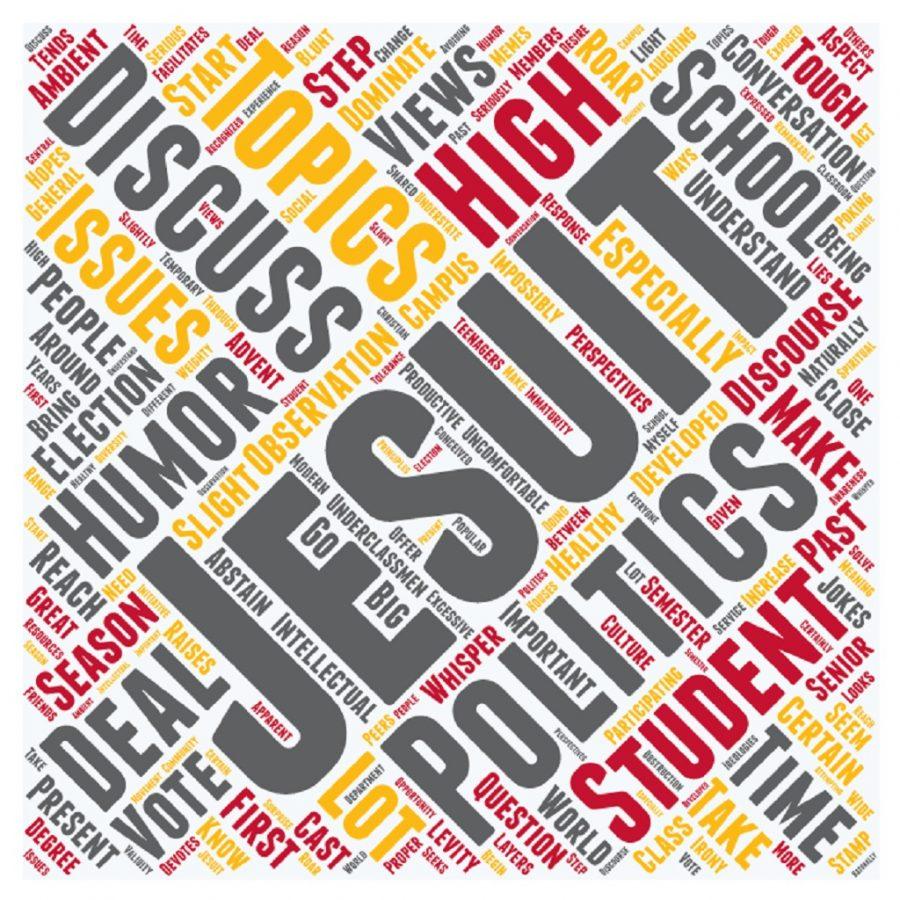 This past semester, politics and discourse rose from a whisper to an ambient roar at Jesuit High School.

Discussion naturally becomes topical around election season, especially when the Senior class of Jesuit either cast their vote or were close to being able to vote.

There are still those who abstain from conversation. For a lot of students at Jesuit, however, the advent of the political season was met with a general increase in political humor.

“We (the members of the student body) make a great deal of jokes about the election. Most of the people I know, especially underclassmen, deal with these tough questions by laughing it off,” said Patrick Caslin ‘17. “Either because we don’t really understand the topics or because we are uncomfortable dealing with tough discussion.”

This observation raises a certain question: what aspect of Jesuit facilitates this culture? Humor can bring a degree of levity to topics that can often seem too big to swallow, but too much of it tends to stamp out all hopes for productive conversation.

Matt’s response, while a tad blunt, makes an important observation about discussion between students at Jesuit. Memes and the excessive layers of irony that dominate modern humor understate the importance of weighty discussion topics.

The apparent dominance of humor poking light of serious issues, while an obstruction to proper discourse, may be temporary. Jesuit devotes many resources to not only the intellectual but spiritual development of its students, meaning that four years on campus offer opportunity for change.

My own awareness of social and political issues has been conceived and developed during my time in high school. I have a ways to go, but my experience in high school has certainly given me a slight start.

That “slight start” looks slightly different for everyone. Jesuit houses a remarkable diversity of political perspectives. While certain ideologies are more popular than others, there is a wide range of views expressed on campus.

When she first shared her initiative for healthy discussion with the Jesuit community, Ms. Gina Anderson of Jesuit’s Christian Service Department recognized the need for tolerance. It comes as no surprise that one of the central principles of her movement was attempting to reach understandings of other perspectives and their validity.

The first step to reaching the healthy climate that Jesuit seeks lies in a desire to discuss. Avoiding these topics for whatever reason will not solve the world’s issues. If Jesuit students are to act and are to impact the world, there is no time like the present to begin taking steps to doing so.