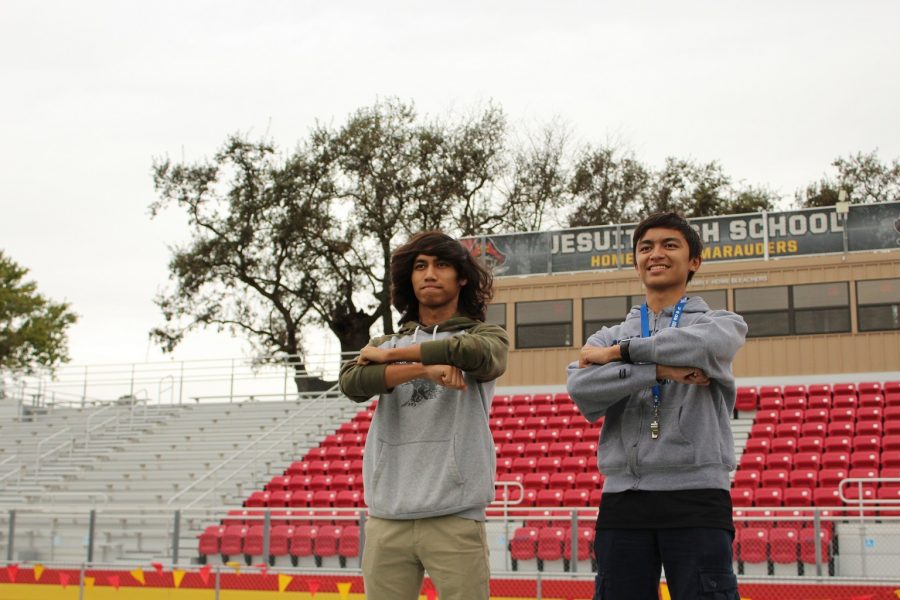 “I opted for two Junior drum majors instead of one Senior drum major so that they work with each other and collaborate together,” Mr. Cargile said.

A drum major has one of the most important jobs in the band: being responsible for making sure that everybody is in sync with their fellow bandmates.

”We set the example for the other members in the band [and] lead the band and keep everyone in rhythm and paying attention,” Jordan said.

Under Mr. Cargile’s supervision, Jordan and Nico essentially run the band. Their main focus as drum majors is bringing a refined approach to the performance.

“As [the] drum majors, we try and keep the band serious and disciplined,” Jordan said. “If we see some guys messing around, we try to get them to slow down and pay attention.”

Jordan expressed his desire to turn the band from an after school activity into a full blown marching band.

The drum majors have been looking to the band members to help with the process.

Mr. Cargile is also very excited for this year and believes his drum majors will leave their mark on the band.

“This year there [has been] more expectation from me and the drum majors for more professionalism and for the band to take their work more seriously,” Mr. Cargile said.

“Every year, the expectation is that we get better, and these guys are bringing their own sets of skills and are going to leave their own stamp on the program,” Mr. Cargile said.

Now two months into school, the band is finishing up the season with their final performance at Jesuit’s last home game this Friday. The band has improved and grown quite a bit and was able to give some great performances this year. The drum majors and Mr. Cargile are very optimistic for the marching band’s prospects heading into the future.