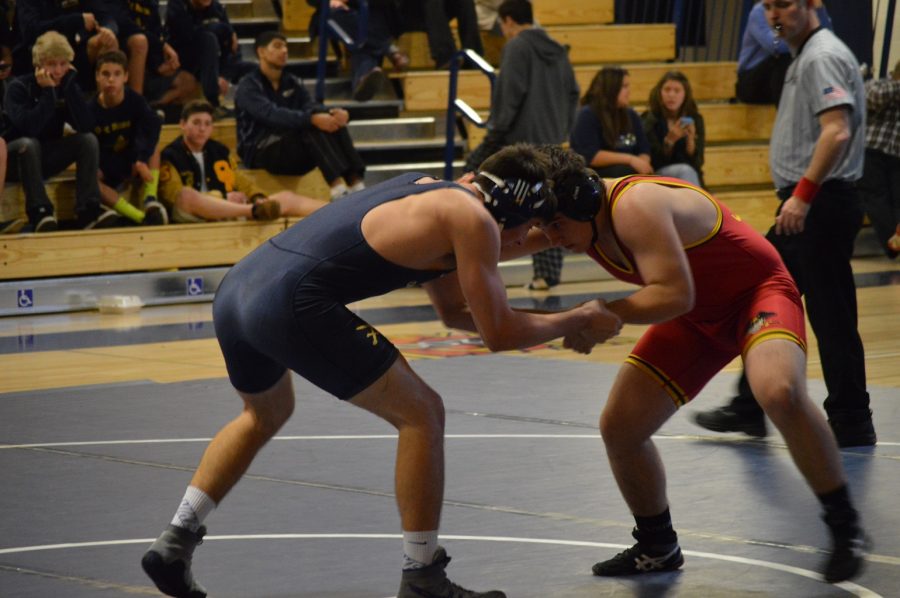 It’s time again for the Jesuit High School Marauders to prepare for a new journey on the mat for wrestling. This winter season is for those who truly wish to test their skills and strength in a one on one duel.

The first day of preseason started in early October. The wrestlers dove head first into their intense workouts, calibrating their stamina and their ability to keep up with the high standards set by the team leaders and coaches.

The preseason regimen has always been rigorous and meant to weed out those whose hearts are not completely pledged to the sport, but this season’s recipe for developing warriors is different from the years previous.

“Last year we did a lot of weightlifting for the season, but [we] have changed our strategy to endurance since wrestling is more endurance than strength,”  Kyle said.

Nov. 7 ended the preseason and the team is ready to go in the regular season. If one wants proof of their determination, all one has to do is look around; in the weight room, on the track, and even the looks of dedication on their faces are testaments to all the work they put in to be victorious on the mat.

“Wrestling is one of the hardest sports for an individual,”  Kyle said.

Wrestlers can only blame themselves for defeat, but also depend on each other to train to be the best athletes they can be.  This creates a unique mindset and culture surrounding the sport, but it is one the Marauders thrive in.

“We’ve got a lot of solid Seniors that are coming back and have some good experience, ” said Michael Xavier ‘17. “We’ve also got a handful of new kids. Some of them don’t have experience, some of them do, but I know that if they stick with it and they listen to what the coaches tell them, they’ll also be great wrestlers.”

Although no one can see into the future, it is evident that these Marauders have a bright season ahead of them.