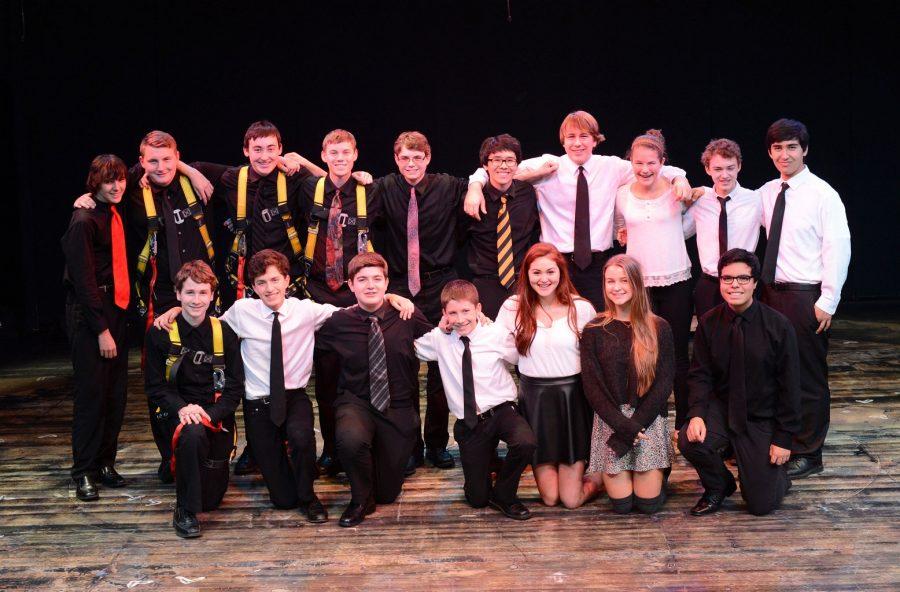 This fall, production Stage Manager Nick Lopez ‘17 is already hard at work on 44 Plays for 44 Presidents, a satirical production that retraces history.

The play contains a short skit about each president that has been in office, as well as, in Jesuit High School Drama’s case, the two candidates competing for office.

The Production Stage Manager is a valuable asset to the drama program. He works behind the scenes, undertaking tasks crucial to the play’s success.

“I facilitate rehearsals, help the director and associate director in anything they need, manage time and create schedules, deal with paperwork, and any problems that actors and technicians may have,”  Nick said. “And when it’s showtime I’m the one calling the show from the booth, which means I call light and sound cues.”

Nick began doing drama as an underclassman when he realized he had an affinity for the technical side of theater.

“I started out as a technician my Sophomore year; I did tech, and I did a good enough job that they let me do run crew as the light board operator,” Nick said. “After that they promoted me to assistant stage manager. Last year, the previous Stage Manager passed the reigns on to me, [so] that’s what I’ve been ever since.”

Behind the scenes, Nick is one of the many members of the Jesuit Drama Program that work tirelessly to make each performance happen.

“We spend so much time together and rip our hearts out to each other in trying to produce a product that can be enjoyed by a lot of people,” Nick said. “So the relationship between tech, the actors, and the staff […] it’s all a big family where were all comfortable with each other. This is why the product is usually so heartfelt and genuine.”

With 44 Plays for 44 Presidents in the making, Nick is thrilled to help put on a performance as unique and eccentric as this one.

“I’m excited about entertaining the audience in over 45 ways, whether it be singing, monologues, roasting, Thomas Jefferson double dutching, a dance number for Nixon,” Nick said. “It’s a slew of things that can happen on the stage that the audience won’t expect.”

Nick is prepared and excited for his final fall play on tech and his debut as Production Stage Manager, and is sure to make a lasting impression on the Drama Programs 50th anniversary.