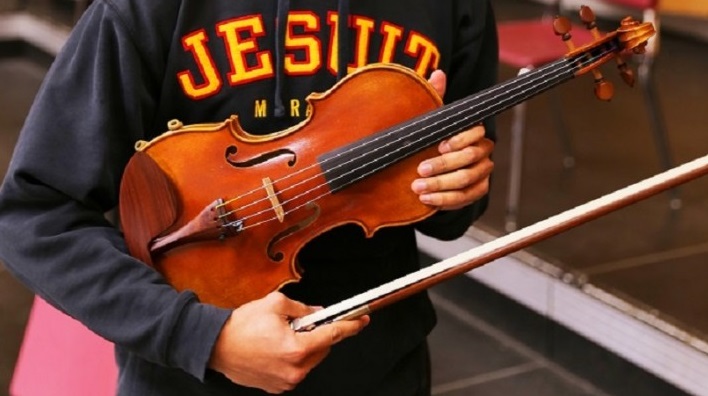 During his Freshman year, John experienced successes with the Advanced Orchestra, such as their achievement of a Superior rating in the Golden Empire Music Festival, the highest possible rating, allowing the orchestra to move onto a statewide competition. At the state competition, they once again earned a Superior.

John is hoping to participate in the competition again this year and to earn another Superior with his fellow orchestral players.

Despite his accomplishments, John constantly strives to improve.

“[I am] always looking to get better,” John said, “there’s always room for improvement in everything.”

John mentioned his appreciation for the music that the orchestra played, describing how they play from a variety of genres and artists, furthering his growth.

John regards his experience with Jesuit’s music programs as important and hopes to continue playing violin beyond his high school experience.

“Before Jesuit, violin was always a part of my life. I love music, [and] hopefully it will stay [a] part of my life after Jesuit and even after college,” John said.