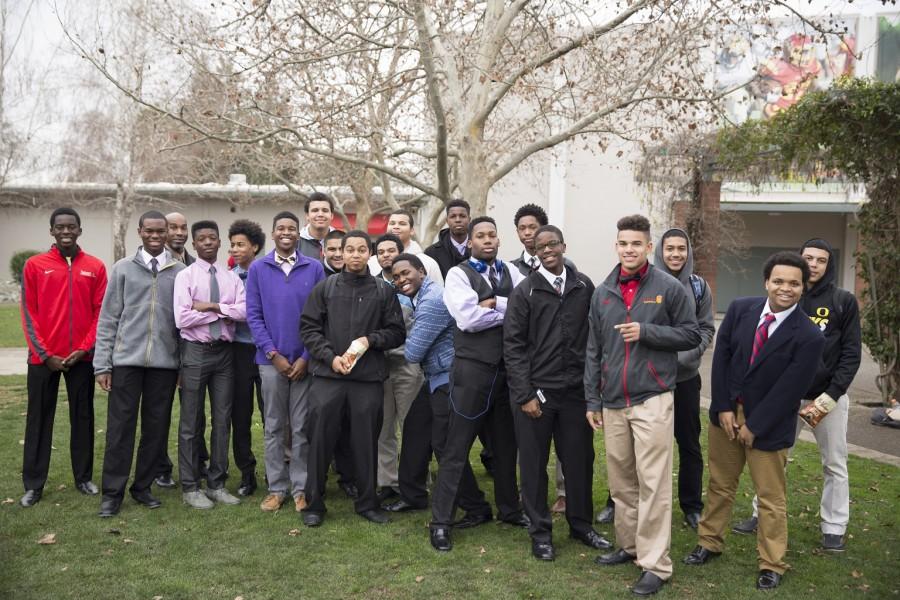 From the black labor force to the development of policies and involvement on the Barbary Coast, black history is closely intertwined with the history of the United States of America.  The Black Student Union (BSU) keeps this history of American diversity alive in the Jesuit High School community.

“[The BSU] create[s] an environment on campus that promotes the African American culture and allows all members of the Jesuit community to appreciate the vastness of the culture,” said Mr. Joshua Palone ‘99, faculty moderator of the BSU.

Founded in the late ‘90s, the BSU raises awareness for the black community by participating in cultural events such as the Martin Luther King Jr. March and the Stanford Summit. As a club, BSU works foremost to establish an identity of rich and deep history, starting at Jesuit.

“We [are] a band of African American brothers who meet, talk, and… continue the friendships we’ve made, inside the club, [and] outside … in student life,” said Elijah Duffy ‘17, Secretary of the BSU.

An important frontier the BSU pushes is to “spread awareness along with pride,” Elijah said. “Pride for our club’s meaning and pride for the celebration of our ethnicity.”

But why is this awareness and pride important? Why is diversity so essential? A belief idealized by Jesuit education is that diversity works to develop a “Man for Others.”

Such perspectives can expand an individual’s cultural knowledge and broaden his experiences.

Elijah asks that “Non-members consider or at least be open to the BSU because it is a great way to make friends and explore the brotherhood of the African American ethnicity.”

The BSU ensures that awareness and diversity are alive in the Jesuit High School community.