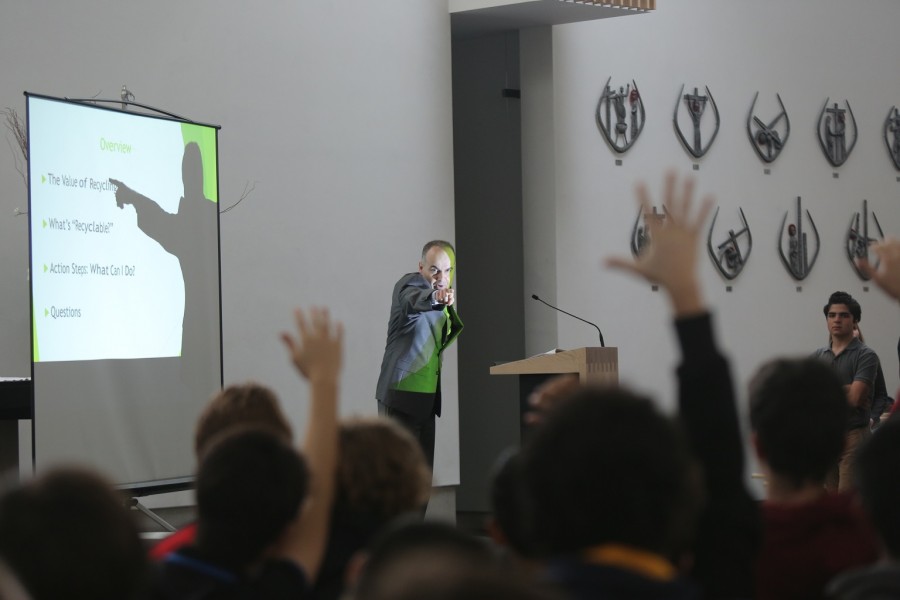 Every year, Jesuit High School hosts the Social Justice Summit, where guest and student speakers educate the Jesuit community on  prevalent social justice issues. The summit has provided an opportunity for students and faculty to reflect upon the pressing problems of the world and attempt to find a way to solve them.

This year, the Jesuit community came together to learn about environmental justice, which seeks to tackle the issue of finding ways to healthily sustaining the growing human population while protecting the environment. Speakers at the summit discussed modern ecological problems.

“I don’t want us to have this sense that this is a distant, disconnected issue from us. These issues could be closer than we recognize and we realize,” said Mrs. Gina Anderson, Director of Christian Service at Jesuit and the Director of this year’s summit.

The first day of the summit was devoted to discussing the lack of clean water and healthy food available to the populations of developing countries.

“It tends to be that people who are the most vulnerable and people that are the most impoverished receive the most severe impacts of climate change,” Mrs. Anderson said. “People live in places where the air is very poor or the water is not drinkable yet their voice is sometimes not the loudest that can be heard.”

The second and third days focused on climate change and the conservation of resources. Jesuit students learned how treating the Earth with respect affects the future.

“That harm or that good that we are doing to our natural surroundings has a way of coming back to us and impacting us,” Mrs. Anderson said.

Friday was devoted to reflect on our own lives and see how we are negatively affecting our environment. Pointing out that unjust treatment of the Earth is a prevalent problem.

“We tend to live in a society that can easily be encouraged to consume, and to consume more than we need,” Mrs. Anderson said. “Is that spiritually fulfilling? How can we change that?”

Everyone who helped arrange and participated in this year’s summit can only hope that it has inspired students to stop and think about how their actions will affect the environment..

“From the microbes in the soil, to our brothers and sisters everywhere, it is all creation and it’s all interconnected,” Mrs. Anderson said.