A play to remember 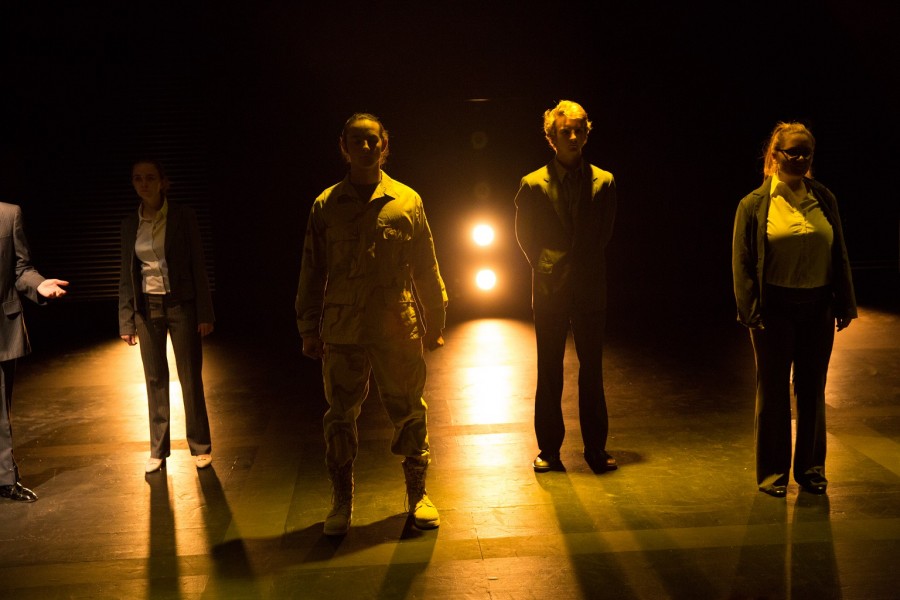 Jesuit’s 2015 Fall Play, Terror Stories: A Post 9-11 Experience,  aimed to provide a new perspective on major events of the War on Terror and challenge the audience’s formerly established views.

The play, a documentary-style theatre piece, focused mainly on the treatment of detainees in Abu Ghraib and Guantanamo Bay detention facilities. It questioned whether the decision to torture prisoners of war was ethical or not.

The actors performed a variety of roles, and all spoken lines are verbatim quotes from journalists, politicians or inmates involved in the events.

“[It’s] a collage of first-person narratives, interspersed with other materials that support or amplify the themes and performed in a presentational, story telling manner,” said the Jesuit Drama Artistic Director Edward Trafton ‘84 about the program’s script.

Jesuit actors such as John Scherber ‘16 and Carter Herne ‘16 delivered strong performances as politicians and prisoners alike, while other performers provided more direct interaction with the audience such as St. Francis’ Emily Miller ‘16.  She used poems from 13th century Islamic poet Rumi to provide a brief divide between the major movements of the performance.

The Jesuit Drama program not only was able to fit 27 individual sections into under 90 minutes, but also made this a play one to remember.