A new face under the lights 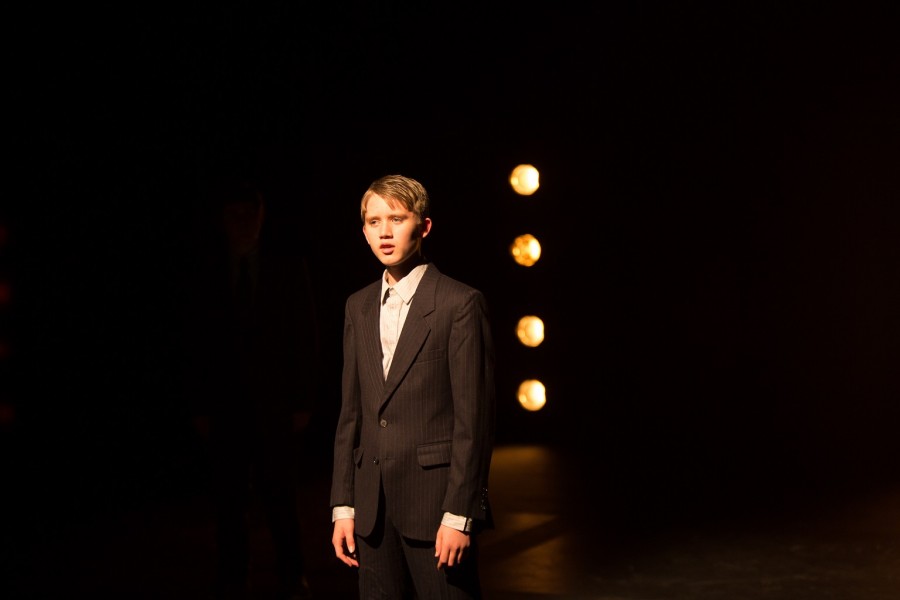 Gabe Rogers ‘19 was the only freshman on the cast of Jesuit High School’s fall play Terror Stories, and he appreciated the opportunities that being in the production provided him.

Before arriving at Jesuit, Gabe did not have much interest in drama. He had an interest in robotics, but decided to audition for drama out of fear that he would not make the robotics team freshman year.

Gabe found out about the play and decided to go to the orientation meeting, where Mr. Trafton ‘84 discussed the audition process and the idea that the students would assemble a play based on the sentence, “The war on terror has changed us,” written by Conor Friedersdorf in his article, “Americans are Okay with Surveillance and Torture.”

Gabe knew about Guantanamo Bay, 9-11, and the controversial debates regarding what to do with potential terrorists today. However, he was unaware of the level of torture that many prisoners were forced to undergo. This forced him to understand what happened and to contemplate both sides of the argument.

“It opened my eyes to the idea that we [as Americans] are not always perfect,” Gabe said.

After Gabe auditioned and was accepted, he became entirely captivated by the topic.

During acting practices and dress-rehearsals, Gabe was fascinated with drama, despite some potholes along the way.

“The lines weren’t that hard to memorize, the movement, or blocking as we call it, was a little more difficult, and the acting was definitely the hardest part,” Gabe said.

Even though he was really nervous during the beginning of the first few performances, Gabe was able to calm himself after the first lines. For him, it was a huge milestone.

Since meeting new people was one of the main reasons Gabe tried out for drama, he was very excited when many of the upperclassmen that worked with him in the play greeted him during school hours. He began to feel like a part of a wider community.

Gabe has enjoyed his experience and anticipates acting in future Jesuit productions.